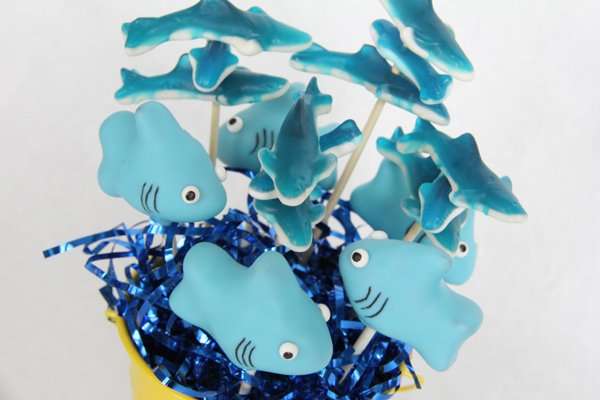 It had to go and end.  🙁
Soccer is over for my little guy.  I really looked forward to my Saturdays when I could watch him run beside the ball.  (No, not in front of it).  But he was so darn cute out there.  We had a great first year of soccer and to celebrate the end, the boys needed a treat to go along with their shiny medal.

They named themselves the “blue sharks” at the beginning of the season.  And since I was totally over the shark cookies, I thought I’d try to make shark pops! 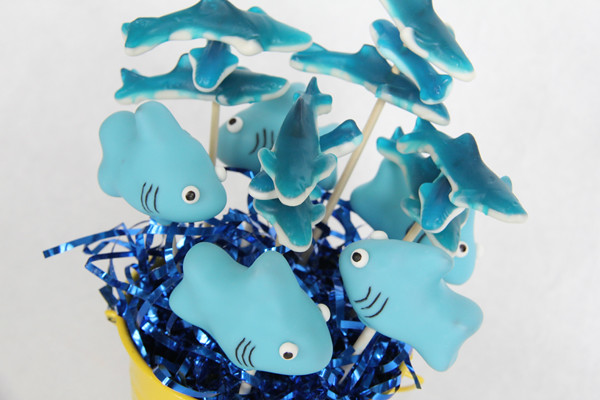 For a minute, I thought I was a sculptor.  After my recent pop successes I thought I could conquer the pop world!  So when my cake was soft, I made these.  Then chilled them.  Then put the sticks in and chilled them some more. 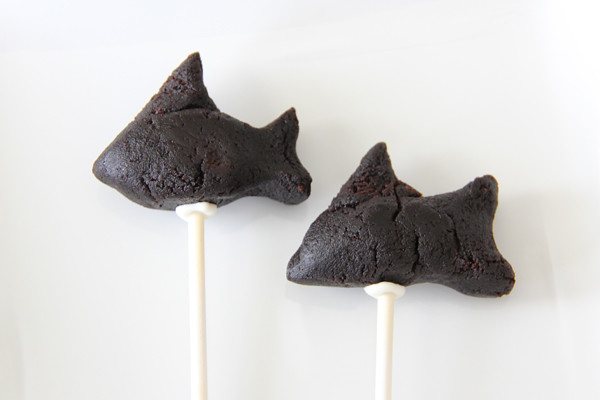 Then I started dipping.  And I looked at them.  And I thought… hmmmm.

My hubs pointed out that they were missing the fins on the sides.

I started to disassemble them when my husband made me stop.  It was really late and he insisted I sleep instead of correct my sharks’ anatomy.  It was all I could do to heed his reasonable advice.

It was bugging me so bad!  I know they are 4 year old boys, but when it comes to my food sometimes, I get a little bit of the perfectionism bug.  The part of me that picks apart every flaw.  That nagging, disabling, perfectionism.

I thought I could get over it by adding some gummy sharks in the midst.  It helped a little. 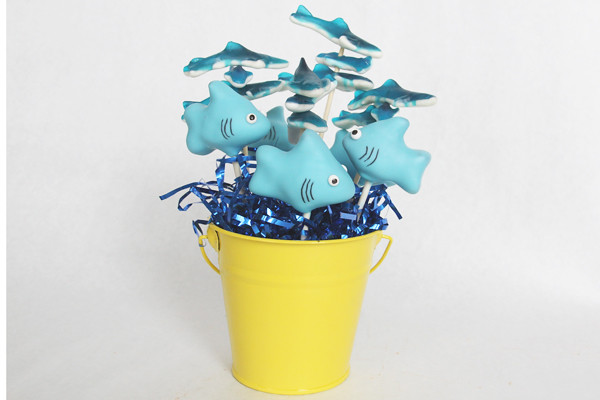 The boys loved their treats for the 2 seconds before they were in their stomachs.  I realized it didn’t matter.  Until I looked at the pictures.  It’s bugging me again!

But in an effort to ditch my tendencies and accept my mistakes, I am sharing my
“pectoral fin-less, wannabe shark pops” with you.