“Stuck on You” Valentines 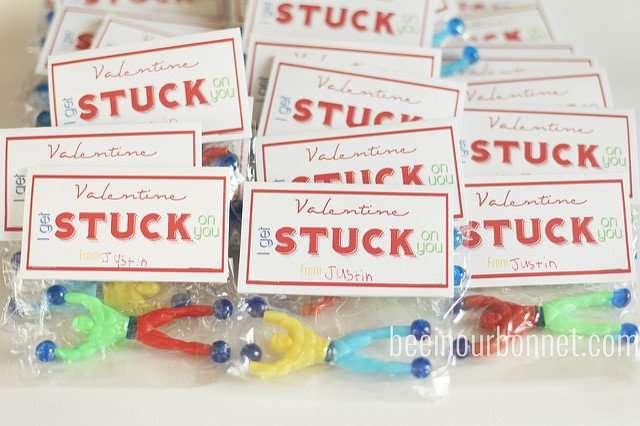 My little boy, bless his heart, has always been my pickiest.

Choosing his Valentines proved to be no different.
I showed him about 50 ideas on the internet.  Then I thought up some gems and explained them.
He was stuck on the idea that he would find his Valentines at the dollar store.
That kid talks me into going to the dollar store at least once a week.  (He’s enamored with the fact that he can afford the toys there.  He earns a dollar for school achievements.)
In an effort to cross this task off my list, I took him there.  He carefully combed through the options until he found the “STICKY GUYS!” 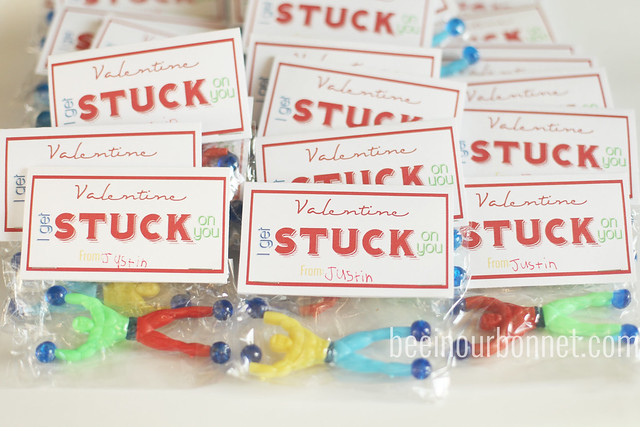 He was in love! 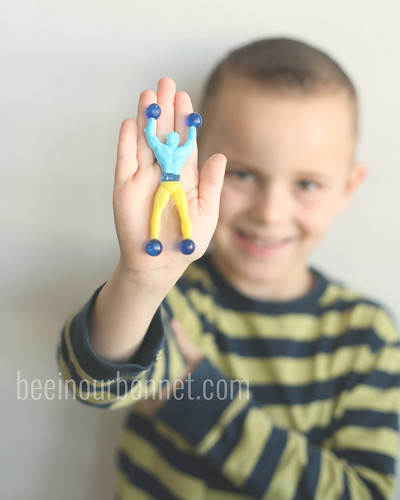 These little guys that crawl down the walls, are his Valentine dream come true.
Six for a dollar.  Not bad!
And they were already in a little bag!  I just made a simple topper and called it good.  If you can find some of these sticky guys at your local Dollar Tree store, and you would like to print these toppers, you can download it here. 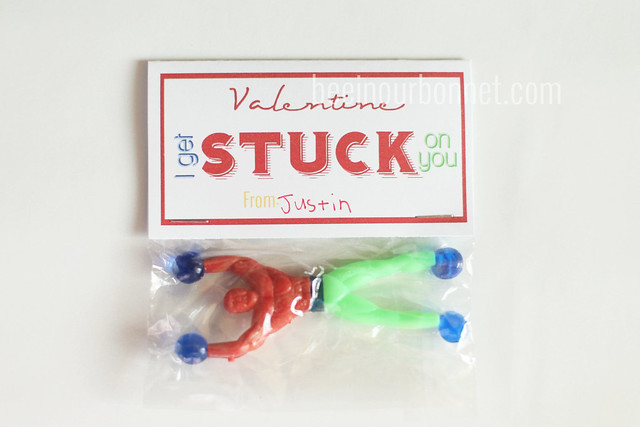 My 9 year old, surfed pinterest for about an hour and decided on a darling printable.  And my 12 year old wanted to make sugar cookies for her friends.  So it’s all decided and almost all done!  Now to figure out some romantic plans for the most important Valentine of all!