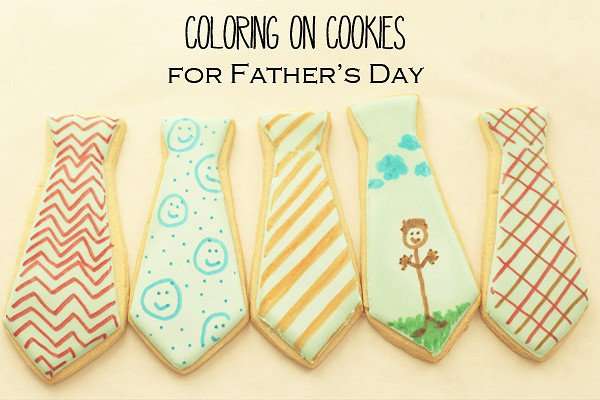 My kids made at least 20 Father’s Day cards.

Not exaggerating!  It’s summer.  They’ve been a little bored.
And for the last two weeks, when they were bored, I told them to make something for Father’s Day.

They’d been there, done that with the coloring.

Yet somehow, they were still impressed at the idea of coloring on a cookie. 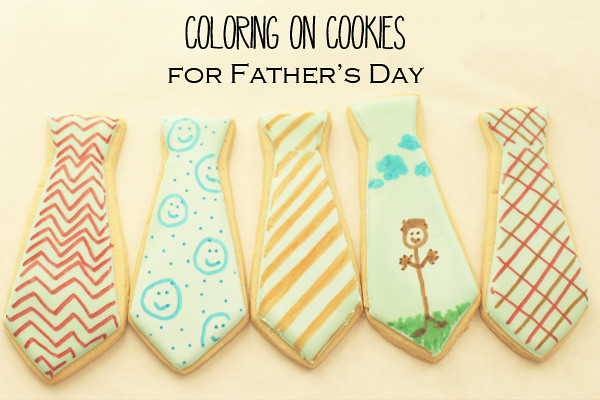 I did these for the kids at church, but the concept could be used for so many different holidays and kid’s crafts.  Father’s Day is past, but you know I’m not always on the ball enough to post things BEFORE the holiday!   I started with a basic, light blue layer of royal icing.  (For a recipe and directions, see this post: The basics of Sugar Cookies and Royal Icing). 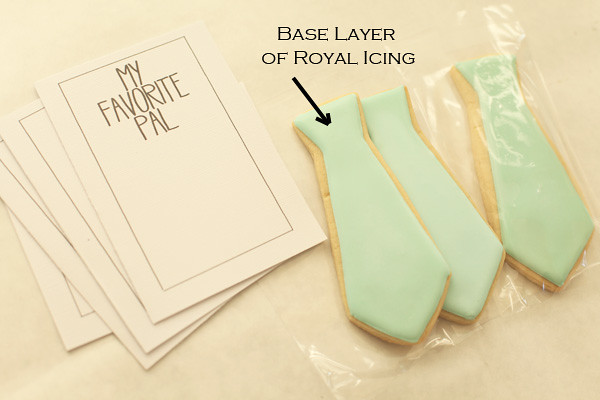 I let that base layer dry for about 24 hours, then handed over my cookies and my edible ink pens to my kids.  Somehow, this is like 500 times cooler than coloring on paper. 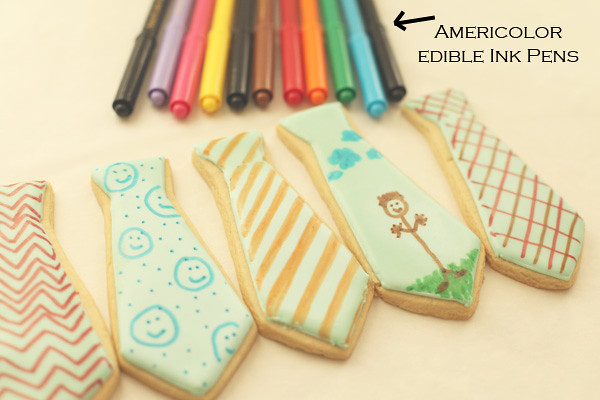 “My daddy is my favorite pal, and I help him everyday….”  That’s the lyrics to a darling Father’s Day song we sang, so it became our little card.  The kids drew a picture of their dad’s on the front. 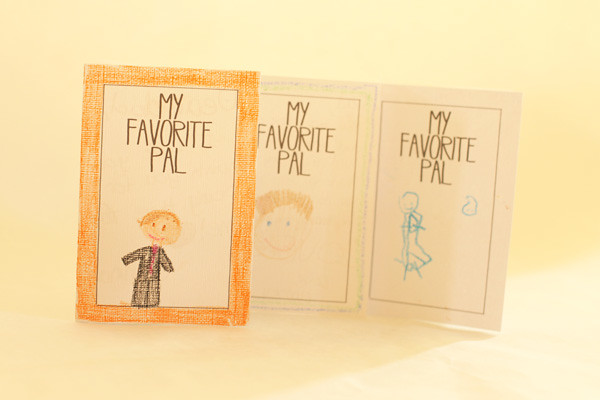 Then inside, they wrote a message and inserted their cookie work of art (that had been placed in a cellophane bag and adhered to the card).

My 5 year old chose to decorate his tie… with a tie!
This gave me a good chuckle!  At first I thought I should try to get him to think more creatively and outside the box!  Then I decided it made my day.  It makes me laugh out loud every time I see it. 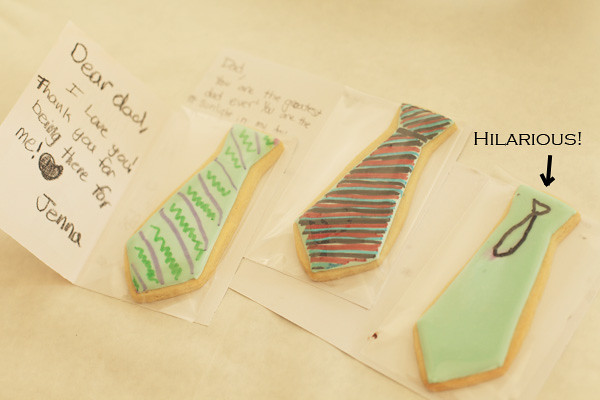 I’m pretty sure that Dads only want ties for Father’s Day anyway.
So we gave him one that he was sure to like!