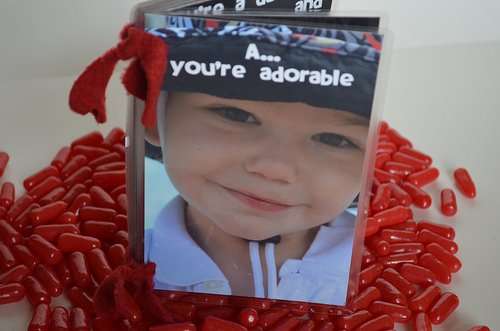 I’m trying not to poop out as I parent number six. Even though I mostly just want to sit on the couch and read, I have to stay strong, I’ve got years of parenting in me still. So, the baby just turned two. Sniff. And it’s time to start teaching him his letters. I made an ABC book in 1997 for my kids that are now teenagers. It’s looking a little dated, I’m wearing tie-dye. Yikes! Time for a new one.

I love this song that the kids have sung at school over the years called ‘A’ You’re Adorable originally recorded by Perry Como but it has been redone by many, including Sesame Street, listen here for a trip down memory lane. 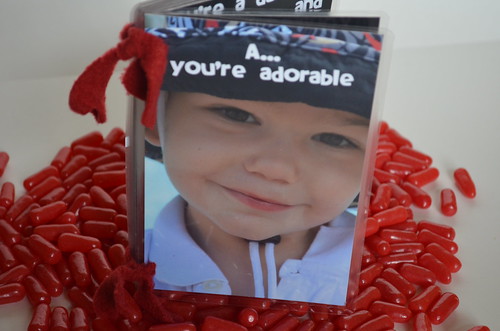 I cut these letters out of cardstock and did a photo shoot against a black sheet. 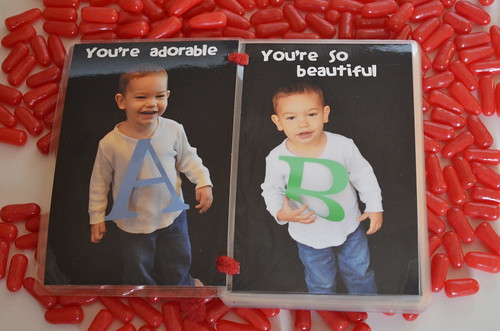 It was a good idea until little monkey wouldn’t hold the letters and I resorted to taping them to his shirt. 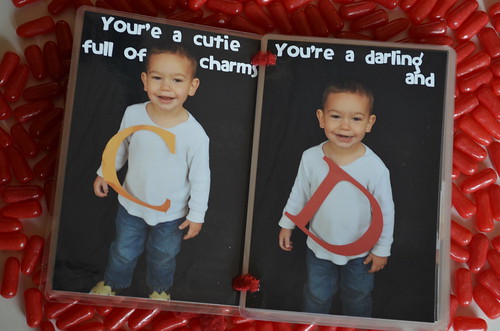 And then he thought it was fun to crinkle up or tear the letters. And I’m chanting to myself “Don’t poop out, stay strong!” 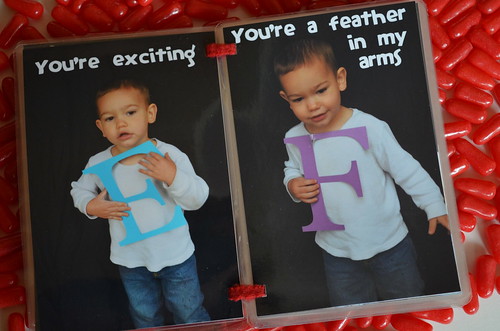 He was not enjoying the photo shoot and by now I was thinking he wasn’t so adorable. So, the new plan was props. 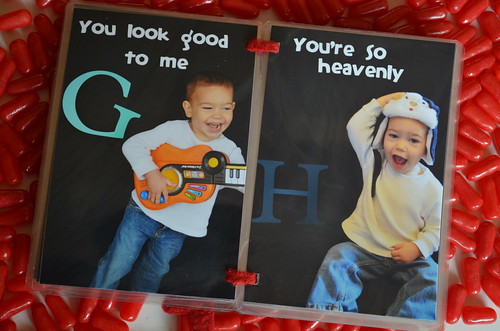 Ashleigh called during this fine mothering moment and told me that I could get like twelve apps for 99 cents each that will help kids learn letters.

But, I’m not pooping out. And I will not be defeated by a two year old so I gave him a nap and persisted through the alphabet.

After adding the words in photoshop and developing the pictures, the laminating was the easiest part thanks to laminator love from Ash which we gushed over in this post.

I’d like to say he loves his book and goes to sleep with it every night. He doesn’t.

But, if only to prove to myself that I’m still trying to be a good mom, it was worth it.

….but then again, 99 cent app sounds like a really good mom to me.