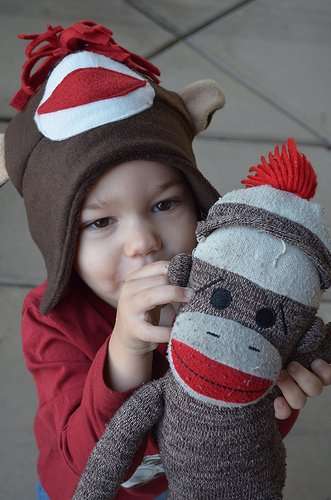 I intended to have a low key birthday celebration for my little monkey after a music class I host at my house. But, then I had to have a theme and then I had to have at least some cute food and then, two nights before the party I got a bee in my bonnet to make 16 sock monkey hats. Have I not learned my lesson by now?

My little dude is literally attached to his sock monkey. It’s a disgusting shade of grey no matter how many times I steal it for a trip to the washing machine. So, a sock monkey party seemed only appropriate. 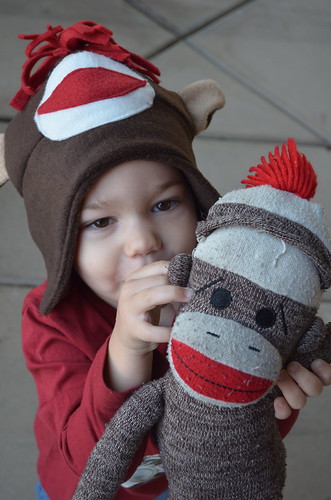 I saw the cutest dinosaur hat tutorial by Christine at the blog From an Igloo and adapted it to make it a sock monkey. Christine did a wonderfully easy to follow tutorial and I won’t reinvent the wheel. I used her pattern, size, directions on lining the hat and how to make that cute pom on the top. But here are the adaptations I used to make a sock monkey. 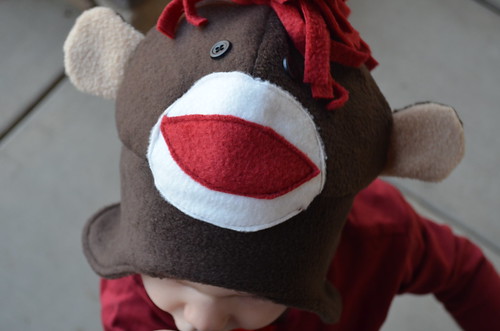 The top is made of four triangularish pieces. I sewed the ears together, turned them right side out and placed them straight across from each other. 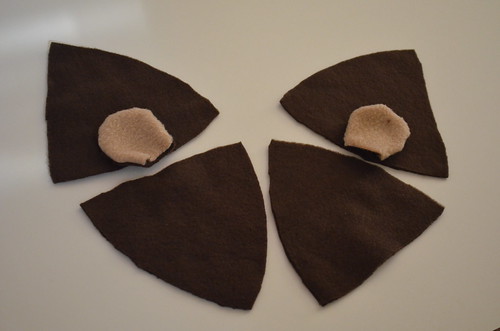 After the whole outside part was completed, I sewed red lips onto an oval shaped cream colored mouth and then onto the hat overlapping the band of the hat. I then sewed on by hand black buttons for the eyes. 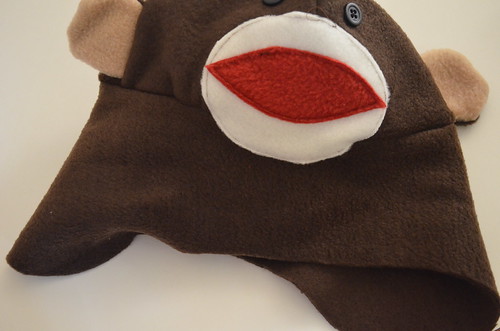 Then follow the rest of Christine’s instructions to line the hat and topstitch.

How cute are these little monkeys? PS I made pink ears and a pink pom pom for the hats for the girls. If only I would have had time to do eyelashes…. 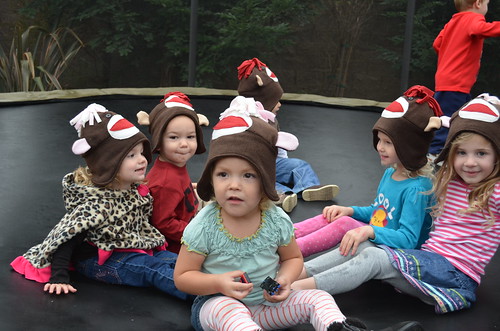 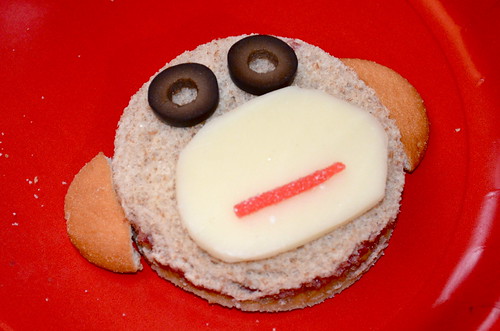 And some sock monkey cupcake toppers made with a tootsie pop, one vanilla melty, one chocolate melty, two mini chocolate chips, one slice of red licorice and one red hot. Basically what I found in my pantry since I got the idea to make these about a half hour before the party. I cut the chocolate melty for the ears in half and then shaved off a bit more to make it a half moon shape. I melted the chocolate ears and eyes just a tiny bit with a lighter. It could have been disastrous, make sure another grown up is close by. I glued everything else on with leftover frosting. 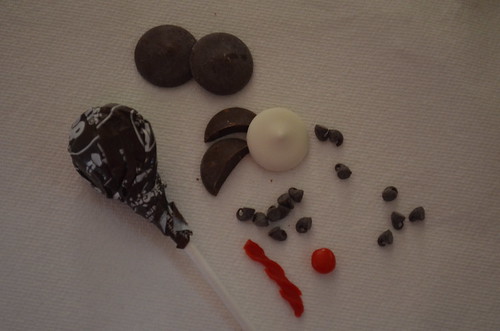 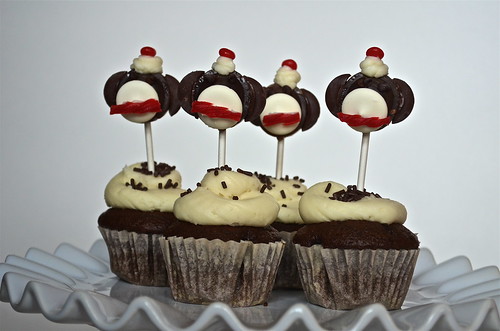 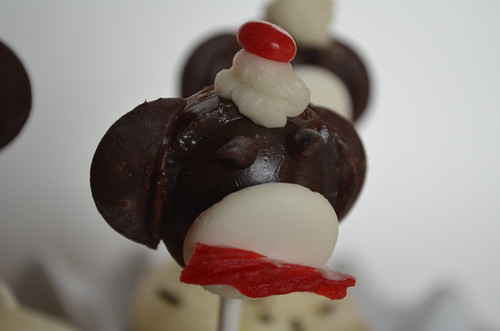 The party was so fun but oh how I needed Ashleigh!! Since we moved away from each other I have desperately missed the best sister ever who would have arrived at 10 pm after I called in desperation for a sock monkey hat sewing party. I should never attempt to do a party without my sister for food and sewing help. And I forgot that having a party during the day means no husband at home to order around for last minute details.

I should really learn my lesson.

But happy birthday to my monkey anyway!