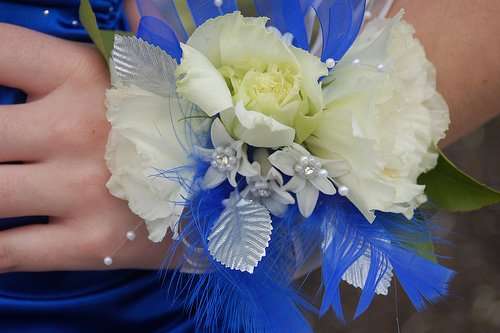 My head hurts sometimes when I think that I have to deal with diapers and dating in my house.
But, the dating is harder to cope with than the messiest of diapers. Because, I have to accept that my baby is growing up.
Insert irrational mom tears.
So, in my attempt to bond and show her I care, I decided to make the corsage and boutonniere for prom.
Teenager says, “You know how to do that?”
I say, “That’s what the internet is for!” 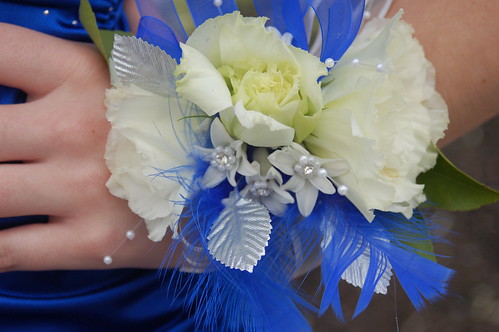 So if you are a florist feel free to laugh at my tutorial. But, if you are overly confident in your ability to make something up as you go along, like I am, then my “tutorial” goes like this. 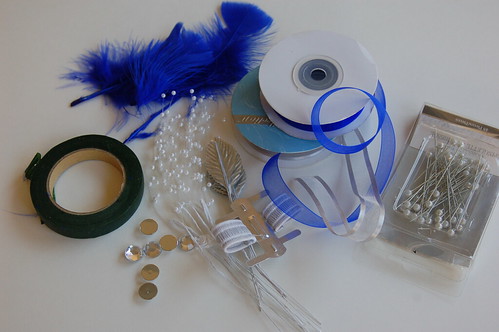 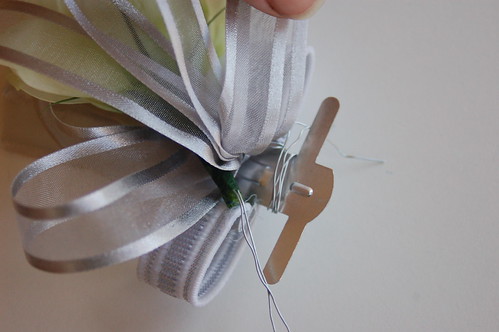 Her dress was the classic prom color, electric blue. So, I was stuck with finding white flowers. And, I love roses on Valentines day, but wanted something a bit different for missy. I bought 2 stems of Lisianthus which are the big flowers, that still look a bit like roses. And the tiny ones are hyacynth which we blinged up by gluing in rhinestones.

I took wire bent almost in half and inserted it into the flower so the wire comes out on either side of the stem. 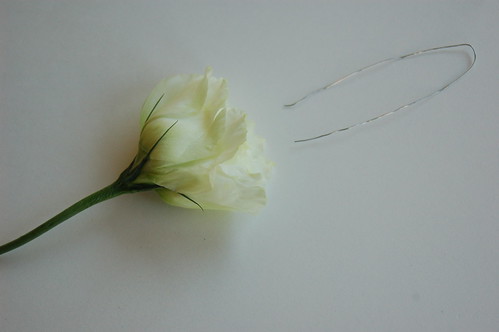 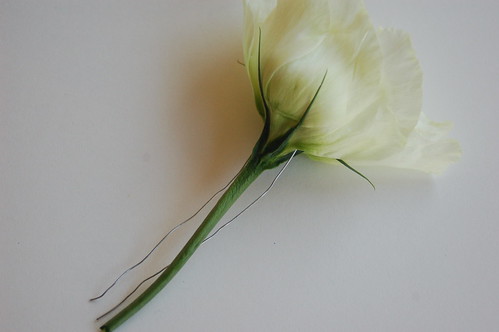 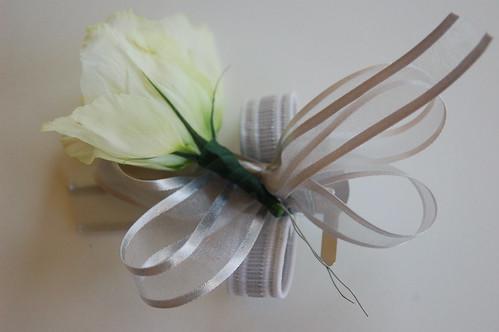 We just kept adding fun things, wiring the big things in and gluing the little things in. The wise people on the internet said to use a special floral glue, which I couldn’t find and didn’t have time to order. So I committed a bit of a cardinal sin and used a glue gun on the non-flower things.

I forgot to take a picture of the boutonniere, but I did the same thing with one flower wired, wrapped in floral tape and added a feather, two leaves, a bit of ribbon and some pearl fanciness. 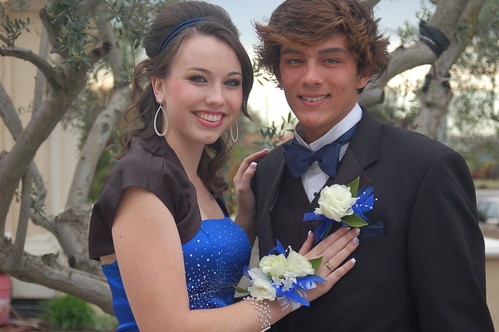 When they were done, I put them in the fridge overnight and crossed my fingers they would be alive in the morning and not fall apart on the prom dance floor. She never would have forgiven me for that one!