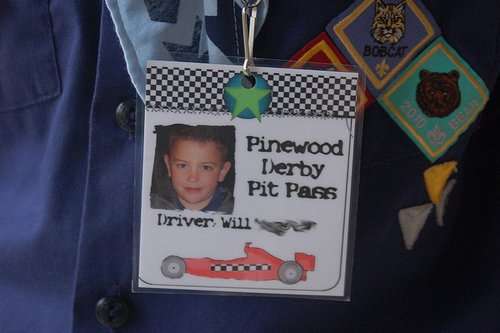 It’s official, I am a Cub Scout frump. I have the shirt, the patches and the closed-toed shoes. I try to at least wear earrings with my uniform to somewhat unfrumpify. But, it doesn’t matter because I love those little dudes!

When I worked with the teenage girls at church I made all sorts of cute handouts, of which maybe 60 percent make it onto their bulletin boards. 8 year old boys are a different animal. They just want to play tag and pound stuff. Of all the cute things you spent time glueing, scrapbooking or decorating zero percent will end up anywhere but the trash. Unless their mother happens to see it first.

But, I have to have a little fun, right? PS I am sooooo lucky to work with an amazing Cubmaster. Most of these ideas are hers. She’s the brains, I’m the right arm. So here are a few tips and tricks for a fabulous Pinewood Derby.

Once the cars are weighed in the cars and boys stay in “The Pit.” You have to have a “pit pass” to be admitted. This prevents any Down and Derby moments. `This is serious stuff 🙂 I made these in Photoshop and laminated them. I bought the lanyards from Oriental Trading. These get re-used until their last Derby and then they can keep it. 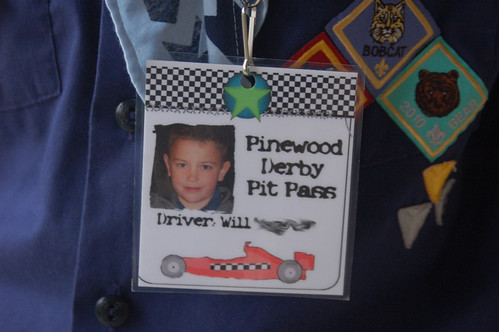 The boys made these cute neckerchief slides during check in. Made of a clothespin taken apart and glued the opposite way, four wooden screw covers colored black and a pony bead for the driver. We had them glued together, the boys just colored them. 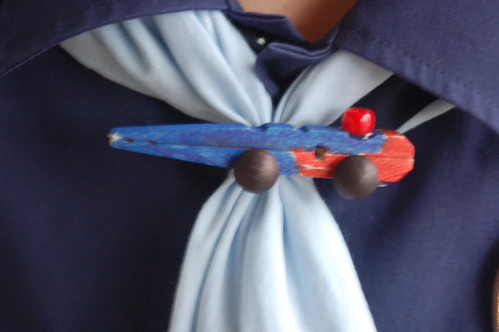 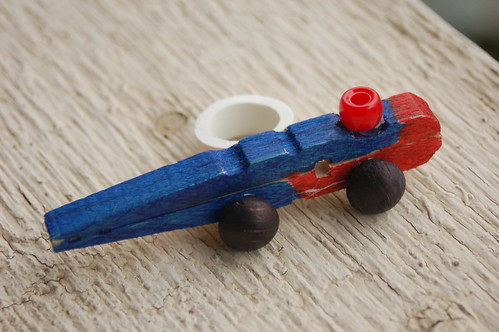 Another fun thing we do is have the boys make these car stands a few weeks before the derby. Our super Cub Scout dad cuts all the pieces. The boys sand them and screw each piece together. That way they pass of a woodworking requirement and they get a cool trophy like thing to take home to ease the sting if they don’t get an actual trophy. 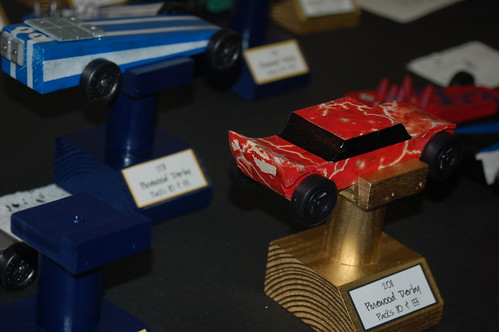 As fast and organized as we try to be, the Pinewood Derby can be a long night for those supportive Cub siblings. It has worked really well to have a play area in one area of the gym. We have a table with car coloring pages, matchbox cars and tracks, a tv with the movie “Cars” playing, and pennant flags for the kids to make to cheer on their brother. Even the teenagers made their way over to the coloring table. I won’t name names. 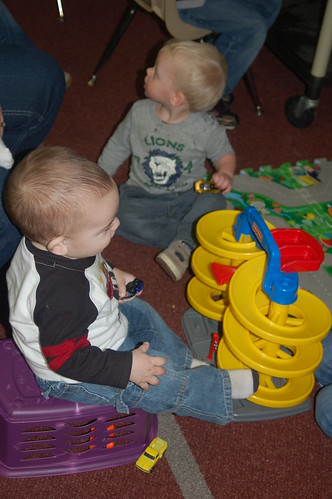 We have some car themed music playing for some ambiance. “Life is a Highway” Rascal Flatts, “On the road again” Willie Nelson, “Leader of the Pack” the Shangri-Las, “Born to be Wild” Stephenwolf, “Hit the Road Jack” Ray Charles, “Little Deuce Coupe” the Beach Boys, “Route 66” Chuck Berry.

And, we make Certificates to give out so everyone wins. This was made with a digital kit called Punky Monkey. The car was just clipart. 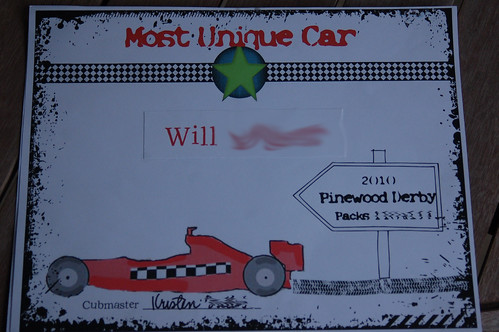 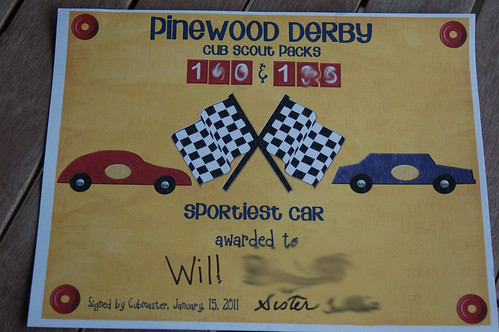 When all the prep work is done, the best part of the Derby is this right here. Watching the 4 seconds of your race like your life depends on it. 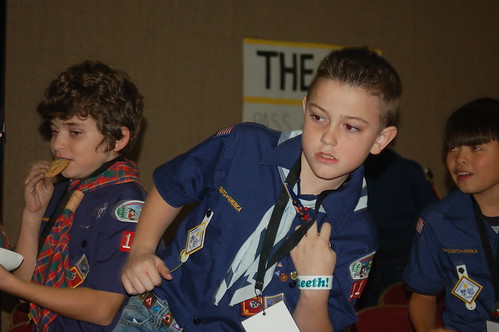