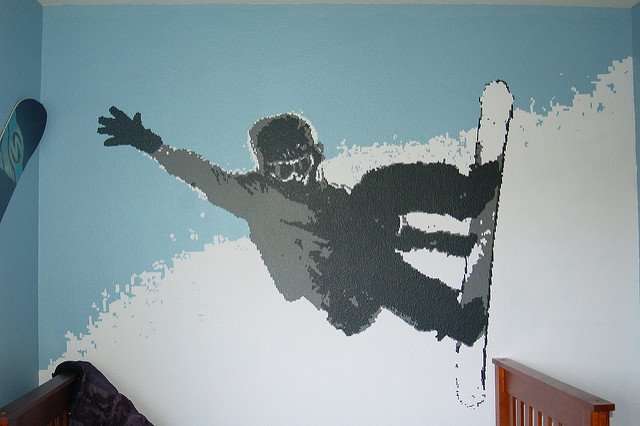 To do list for last week: Finish halloween costumes, plan class harvest parties, host a halloween bash for my teenager and friends, and CRAFTING WITH THE STARS!

This big guy has put us through to the next round! Thanks so much to all of you who voted! 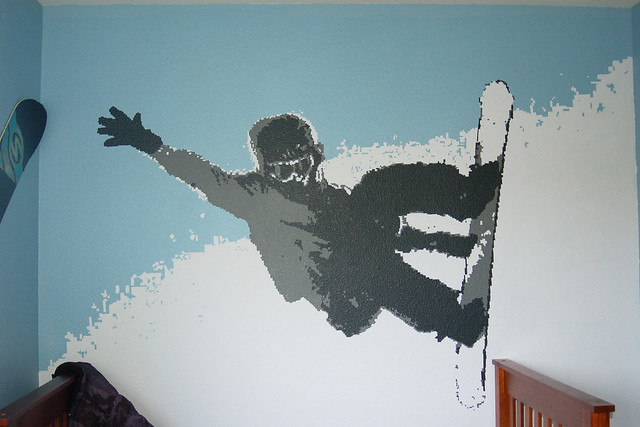 The theme for round 2: Paint. The theme for Ash and I has been: Tackle a project that we already want to do. That way, win or lose, we will be glad we poured our blood, sweat and tears into it. I had been wanting to change my boys’ room for a while. Their “space room” wasn’t as cool, now that Jared is officially a teenager.

They wanted a snowboard theme and as we brainstormed, Ash remembered seeing this amazingly awesome and large wall graphic. So we set out to do this in a matter of a few days. Is that possible without medication or drugs? Hey, if Florence Henderson can learn the Tango in a week, (Dancing with the Stars… yes, I just made that comparison) we can certainly tackle a wall mural.
But we paused and thought, can we just put paint on a wall?
Is that cool enough for these fantabulously crafty ladies?
We gave it a try and set out to impress my boys and blogland with just cheap old paint. 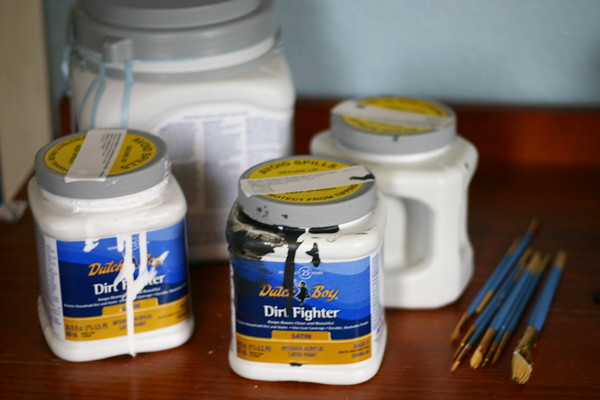 Here’s what Ash said about creating the graphic…
{I gathered some images of snowboarders and played around with them in photoshop.
I turned them to black and white, and played around with all other functions.
The thing I liked the most was to play with contrast and to “posterize.”
I went to her house with a few possibilities… 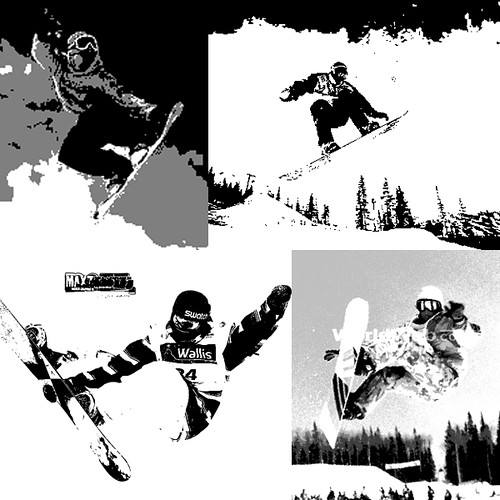 But you don’t really know what will be best until it is actually blown up on the wall.}
After seeing how they all looked, and thinking about which one we could pull off, we chose this one: 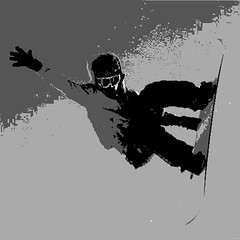 As the picture was enlarged it became more pixelated but that’s okay because that’s the graphic look we wanted.
After painting the wall blue, we used a projector to help us out.
We traced with pencil right onto the wall.
We made sure to label the colors, creating a lifesize “paint by numbers” project. 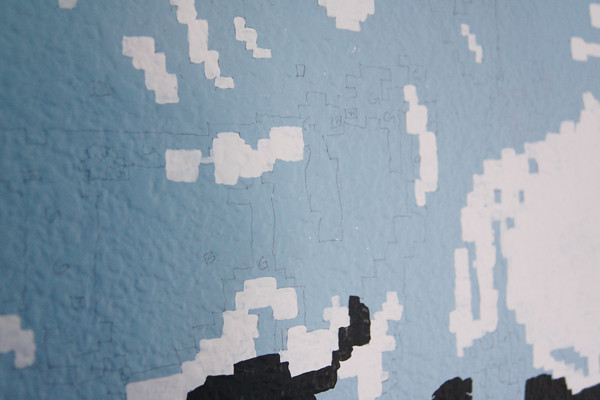 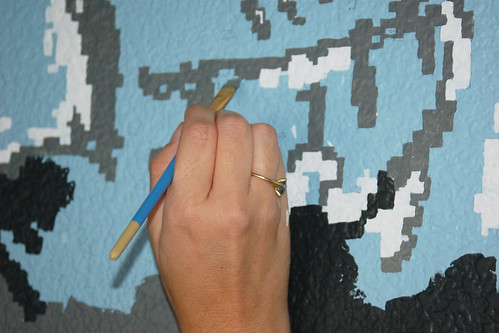 First we painted the snow, but we didn’t want the line exactly where it was, so we brought the horizon line down a bit. This is a picture of it when we had only painted some of the white, and the projector was on. See the top of the computer screen? 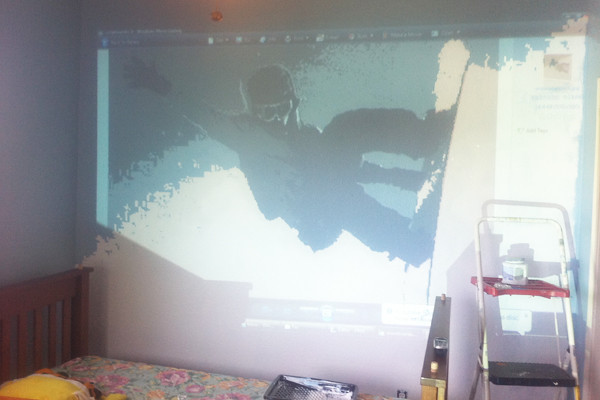 We got to be good friends with a little flat tipped brush. The bad news was that all of it needed 2 coats. You could see strokes with just one coat, so we painted every angle, twice!

I also added some more shading and improvised here and there. 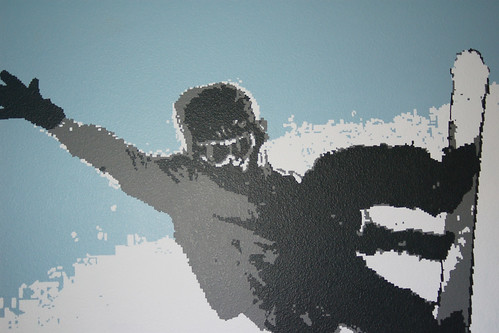 The boys love it. I love Ashleigh for helping me find more hours in my day and surviving the music on my iPod while we painted. I glad “crafting with the stars” motivated me to
tackle this project! 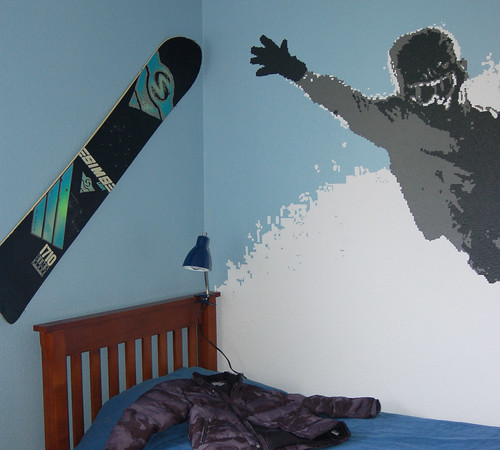 Speaking of stars… Cheri gave me a great idea! She suggested we make some “snowballs” out of soft pool balls from the dollar store. We could paint them white with the fabric paint she told us about. My boys would love to snowball fight, and we don’t get much of that without a 2 hour drive, so this is perfect. Snowballs and decorating the rest of the room is next on my list.
But right now, we need to focus on Round 3! 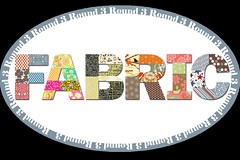 Wish us luck!
I’m linking to Allie Makes and Be Different…Act Normal.