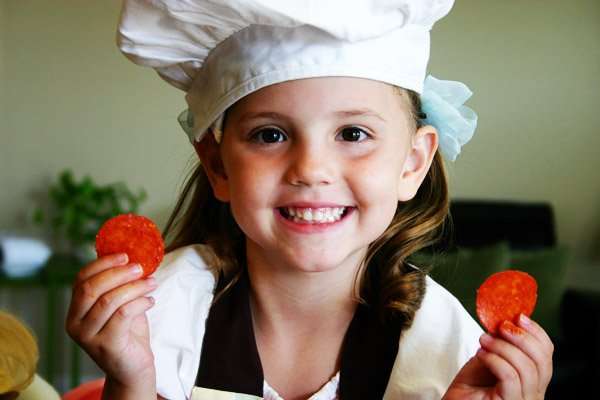 I wanted to share this party I gave a while ago for my daughter, the wannabe chef.

She is instinctively interested in everything I do in the kitchen. She has always loved to be a part of it.
She loves all cooking shows and often asks to watch Martha. (I always have one or two on my DVR).
She was thrilled with the idea of having a cooking birthday party. 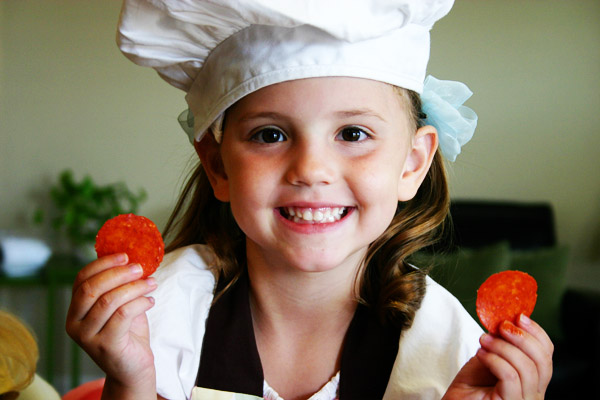 I made these aprons for each girl. Don’t worry, the party was small.
I didn’t have a pattern, just made my own. I love the ruffle and ric rac that was at the bottom. 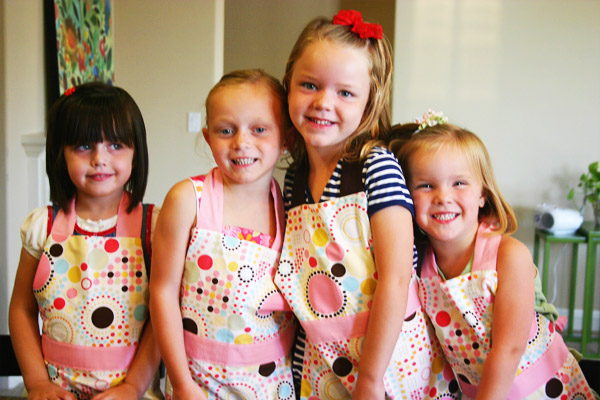 I didn’t know what I could cook with a whole group of 5 year olds, but I thought pizza would be fun.
We made sauce and each girl got to throw in a dash of this or that.
Then they got to roll out the dough and add toppings. 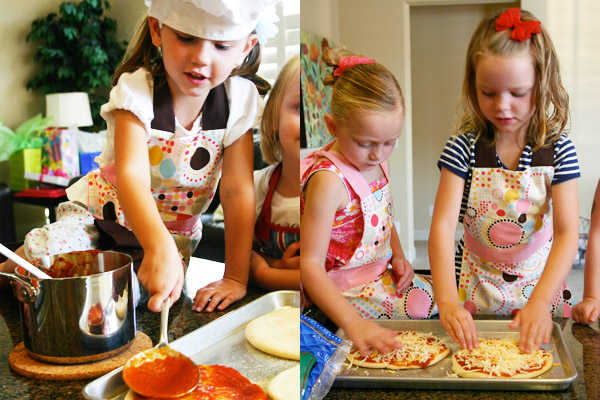 As they cooked, we played a couple of games.
We played “hot potato” with different kitchen utensils and learned the names. 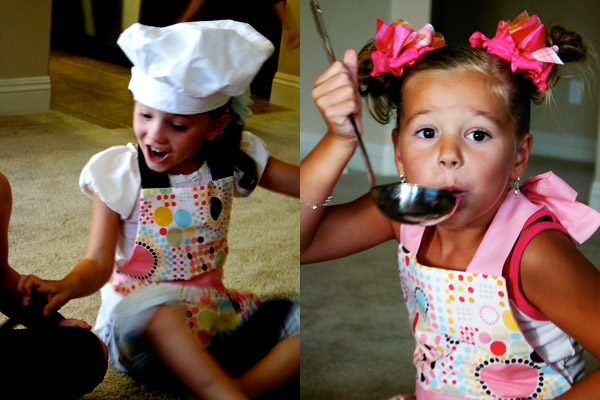 We also played a “grocery list” game.
I set up the play kitchen chuck full of play food.
They were divided into two teams, each with a grocery cart.
Then on go, a person from each team would have to go find an ingredient.
First team back got a point and then we rotated.
It was fun to throw them for a loop and ask them to get an eggplant or mango. 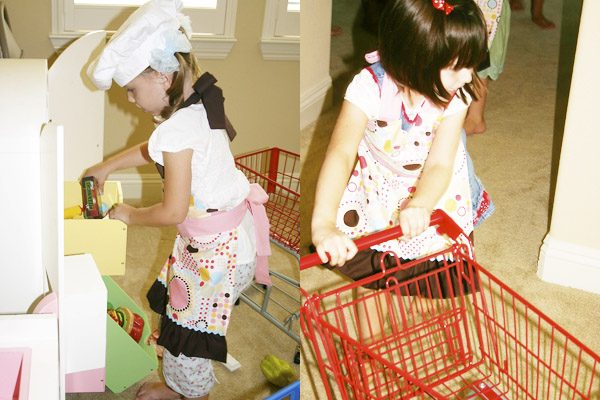 Then we ate our pizzas and made/decorated cupcakes instead of cake.
My strategy in these situations is usually to give each child their own knife and
small amount of frosting because spoon licking is almost inevitable. 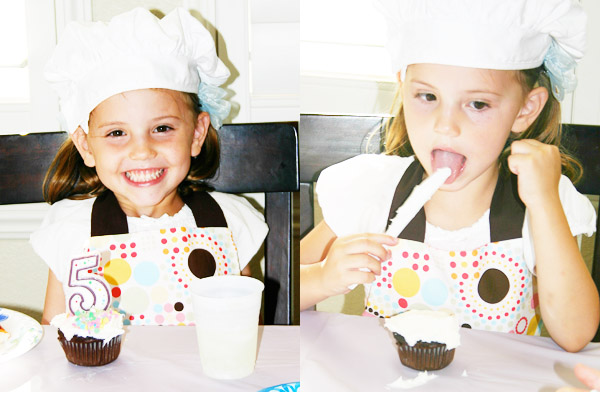 Then for favors, they took home the aprons and I put treats in a plastic measuring cup with a cheesy saying like,
“Thanks for cooking up some fun with Jenna on her birthday!” 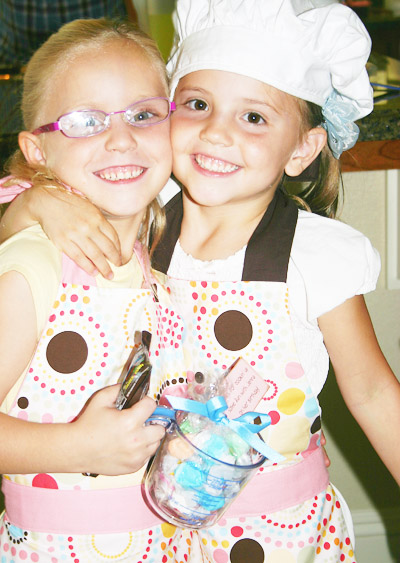 Actually, now that I think about it… I think I want a cooking party for my next birthday.
It would be so fun and my friends could teach me how to make all of their signature dishes!
I’ll start planning my party now.