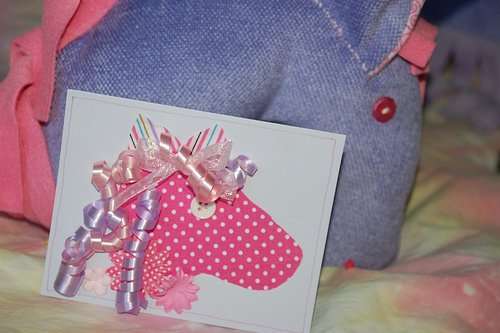 Camille wanted a pony party based on a pink and purple cake here in Family Fun. In my search for ideas all I could find was western, cowboy etc pony parties. That’s not what my girly girl four year old wanted. So, the pretty pony party evolved.

The invitation which is not my favorite, but I made with paper and fabric on hand so, bonus. 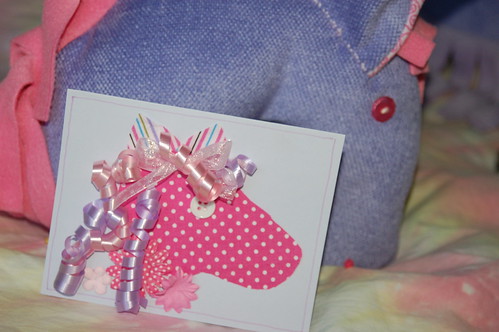 I looked on the internet for hobby horses to buy, I really did. But, they weren’t pretty. So I met Karen on this video series here and it looked so fun, I officially had a bee in my bonnet to make 12 pretty pony hobby horses. 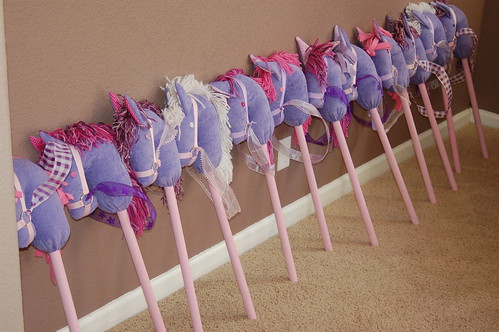 It’s not that I regret that decision but you should probably start on the project sooner than two days before the party. It will make your husband happier.

The party guests arrived and put on “pony tails.” 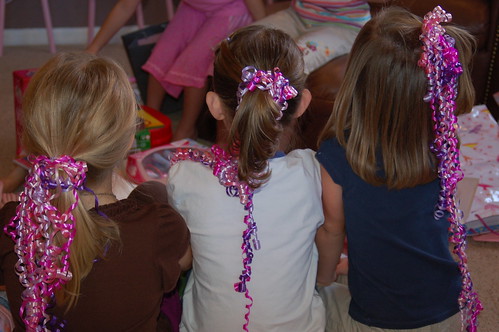 Then they chose their pretty pony, they were all a little different and then they chose a pony name like “Buttercup” “Fancy” “Magic Star” etc and we attached their tag. 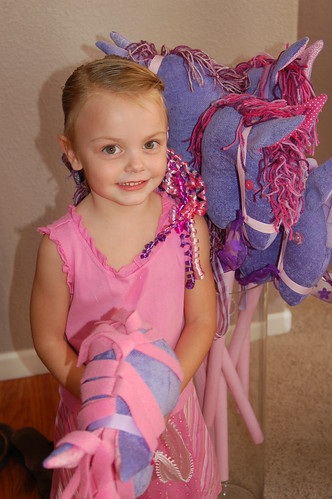 We went outside with our ponies to play games like “Pony, Pony, Horse” instead of “Duck, Duck, Goose,” “Mother May I” (Mother may I take three pony gallops, two clip clops, one pony leap etc), and then just pranced around like a pretty pony should.

Then the party guest arived at the Pretty Pony Beauty Shop where I had all sorts of little clips, bells, curling ribbon on barrettes, feathers etc out for them to fancy up their pony by decorating their yarn manes. I put out Camille’s pretend makeup kit from Build A Bear, too. I cracked up when the little girl whose mom is a hairdresser actually did a really cute hairdo for her pony. 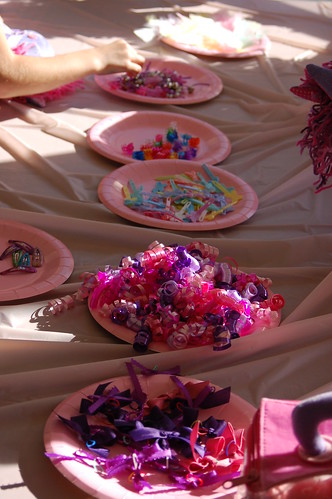 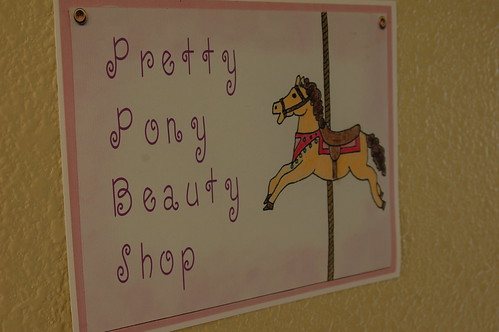 Then we had our pretty pony cake and presents. 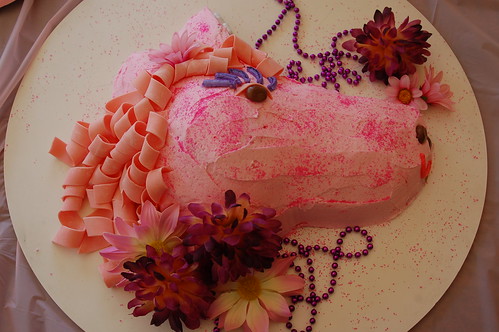 Then the girls went home with their pony and their Adoption Certificate. I had to convince a few of them that they could actually keep their ponies. Apparently I’m not usually that nice. 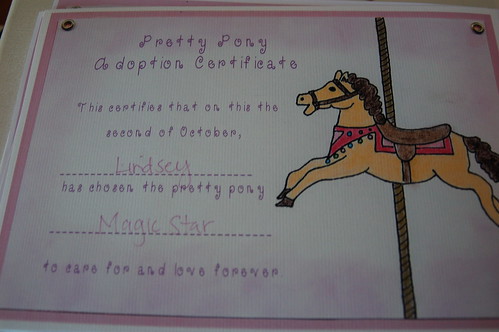 Making those ponies did almost put me over the edge but considering that was all I had to do for games, activities, and favors, it was worth it. The purple fabric wasn’t my first choice but it fit the budget and the ponies only ended up being about 5 dollars each. I would like to thank the academy… oh, I mean Dave for cutting my dowels, Dad for bringing the circular saw over to my house and helping me score the dowels, my hubby for painting all the dowels pink, my oldest for helping my curl loads of curling ribbon, Ash for making me (I mean encouraging me to) post this party, and my kids for watching me make the yarn manes and telling me they were cool, it helped ease the pain. Happy Birthday little Camille!