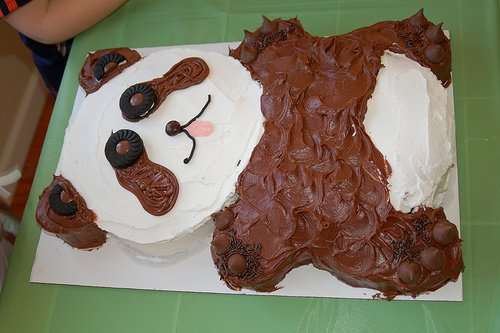 In a full disclosure moment, I have done this party before, when my son turned 5. The selling point for him was definitely the pillow fight. “Mom’s gonna let us hit each other!” might have escaped his lips. For his party I did this cake which came from the Family Fun website. 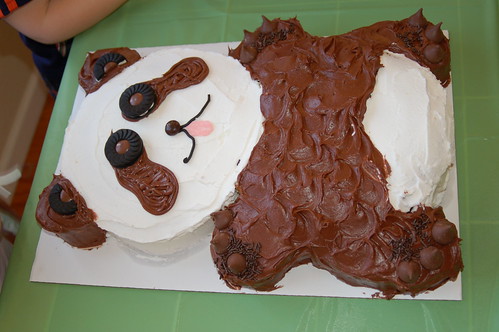 But this pretend sleepover party needed to be a little more girly so here’s the scoop.

After watching big sister have countless sleepovers, my 6 year old wanted one too. But, I would need a lobotomy to agree to that so we compromised on a “Pretend Sleepover Party.” I promised it would be just like the big girls slumber party (minus the bra freezing, crank calling and TPing).

-Musical Pillows (Think Musical Chairs minus the chairs, plus pillows and Hannah Montana “Best of Both Worlds” blasting)

-Facials complete with Masks and cucumbers 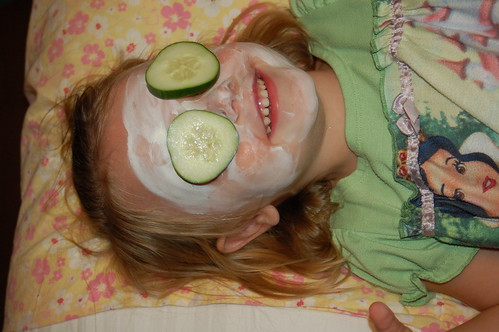 -Manicures with the most obnoxious nail polish colors on the market

-Making fleece pillows- Cut two pieces of fleece, I did square shaped and cut 2″ fringe around the outside and tie front fringe to back fringe almost all the way around, stuff with batting, and finish off your knots (for another full disclosure moment, I have to say that this was a little ambitious, the girls who could tie knots were tired after tying 4 knots so we needed some adult intervention) 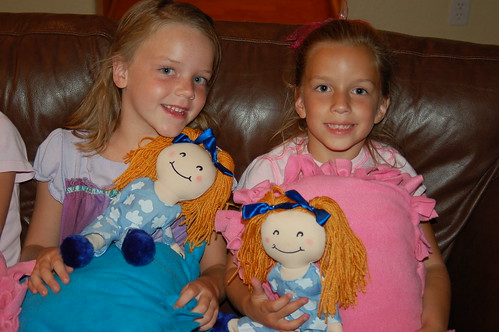 -Make the cutest cupcakes ever (and then let the party guests make their own to eat, too) 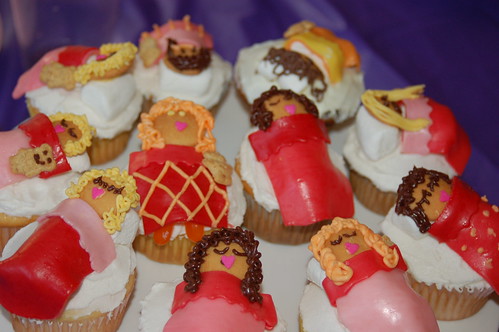 These sweeties came from this book which Ashleigh’s daughter got as a present from her grandma and it is a definite keeper because I want to have birthday parties now just to match the cupcakes. 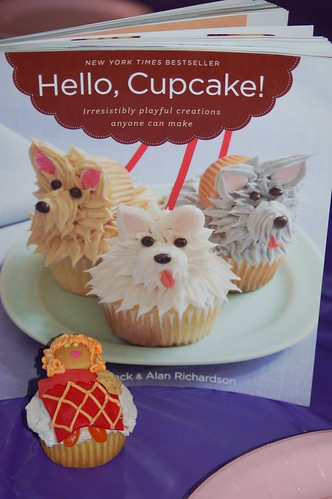 -Give out favors and send ’em home. For favors the girls took home their fleece pillows and these darling sleepover dolls from Oriental Trading Company. They came four to a pack and they were each dressed in a different pair of pajamas. So cute!

If you want to really go all out, send them home with breakfast for the next morning, like a donut and milk in a cute container. I was all cuted out after rolling out a gazillion starbursts for those cupcake “blankets” but, I know you can do it.

Happy pretend sleepovers. It really is the best of both worlds.