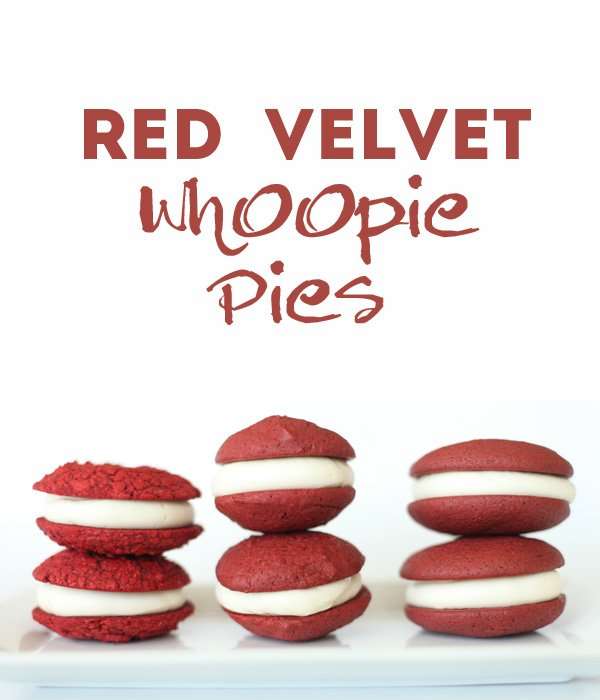 I’ve been experimenting again.  When I don’t have a solid, tried and true stand-by recipe for a particular thing, I surf the web for recipes.  Then well… I can’t know which one is my favorite by just reading reviews.  So I make the 3 that sound the best and do a side by side comparison.  Call it obsessing or call it research, but I’m going to share my results for red velvet whoopie pies with you today! 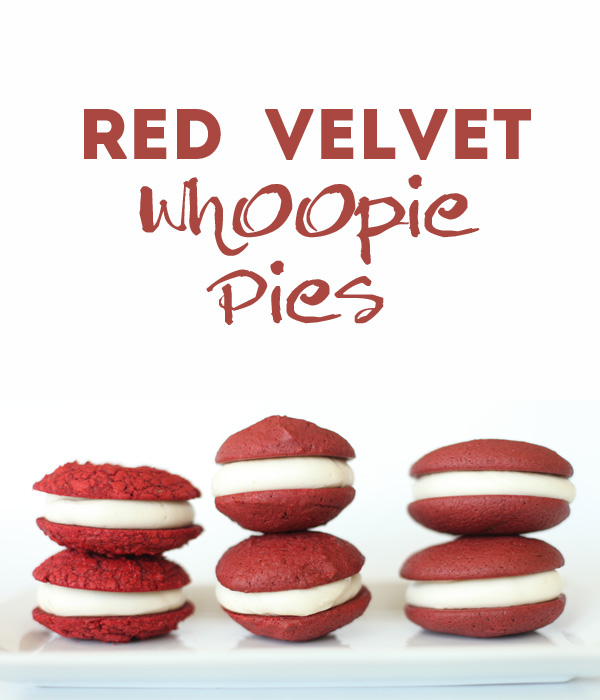 In these situations, I rely on friends, neighbors and family to taste test and give an opinion.  No, they’re not professional food critics, just average peeps.  But average peeps is who is going to be eating these, I don’t cook for food critics.  (thank goodness)  I don’t tell them anything about the recipes before they rank them. 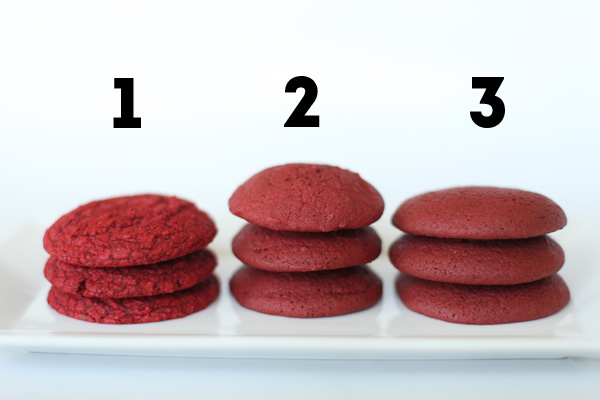 Recipe 1:  Red Velvet Whoopie Pies from Six Sister’s Stuff
This recipe ended up a close second place.  It was by far the easiest recipe.  It used a cake mix and a few other ingredients.  I may have used a different brand of cake mix as they did because mine look slightly different.  These were the flattest cookies.   They were the chewiest and least cake-like, but the taste was spot on. Nothing to complain about here.  It is a great, easy recipe. 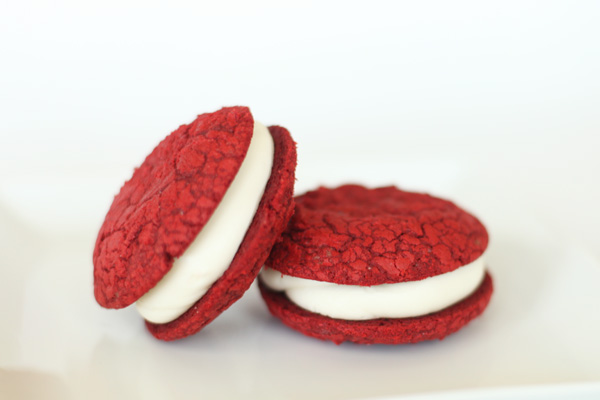 Recipe #2:  Red Velvet Whoopie Pies from Brown Eyed Baker
These were my personal favorite and out ranked recipe #1 a little in the voting.  They were very flavorful and very cake-like which is what I think of when I hear whoopie pie!  They were a little bit taller and smaller because they spread the lest.  But if you don’t like that, you could flatten them down with a wet finger before you put them in the oven.  This recipe wasn’t too difficult.  It uses buttermilk for it’s red velvet kick. 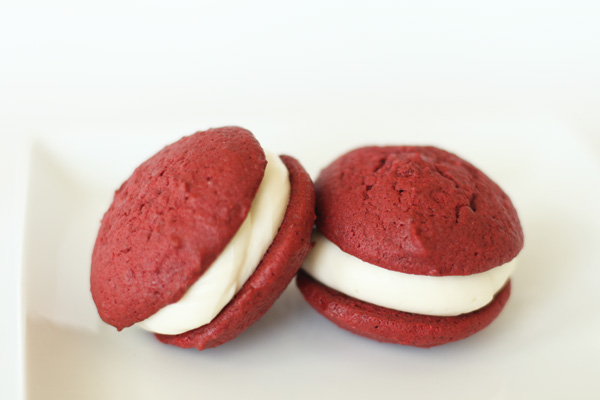 Recipe #3:  Red Velvet Whoopie Pies from Food Network
This recipe ranked a distant 3rd in every taste tester’s opinion.  The cookie was just a bit too bland.  It was also the most difficult recipe.  It uses melted chocolate and cocoa.  It uses apple cider vinegar and sour cream for that kick.  Everything it calls for makes sense, but it was just the least favorite.  I’ll save you some time and safely tell you to try recipe 1 or 2. 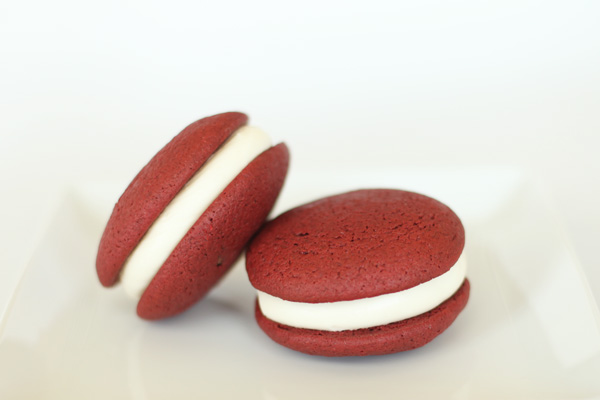 I tested things out with the same cream cheese frosting for the center:

I keep that the same so I can focus on which cookie I like the best.  However, when eating them alone, they are not near as awesome.  Red Velvet needs the sweetness of the frosting to be awesome. 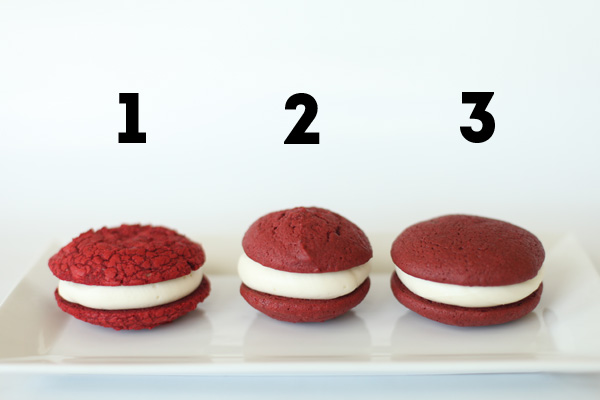 There you have it.  I secretly wish that I could test recipes all day long.  Don’t you all wish that you had that one golden recipe for everything you want to make?  Maybe I’m the only one that fantasizes about that?  But just in case I’m not the only one,  I hope this helped someone just a little in the red velvet department!  🙂