Gingerbread Houses- Quest for the Best 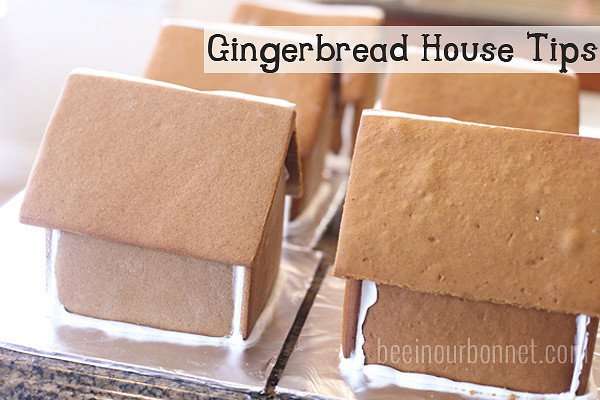 This past December, I was on a quest to find a great recipe for Gingerbread Houses.  I made several houses over the course of a week and learned a few things along the way.  Christmas is the traditional time for these sweet smelling houses, but I’m all for making candy houses for any holiday!
See my post for New Year’s and Valentine houses. 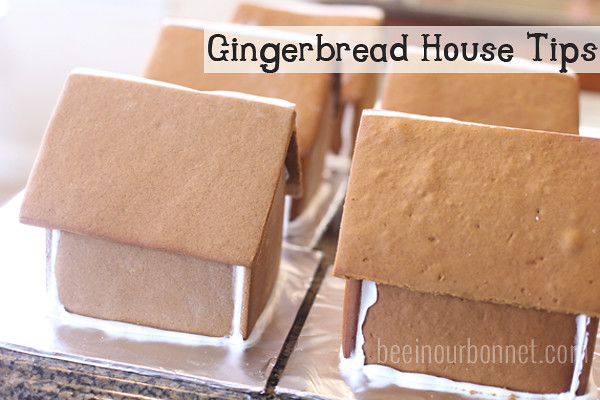 I used the wilton gingerbread house cutters for all of these but I don’t really think they are necessary.
You can make paper templates, lay them on the dough and easily cut them out with a knife.  Straight lines are easy!  In fact, I would love to try some different shaped houses in the future. 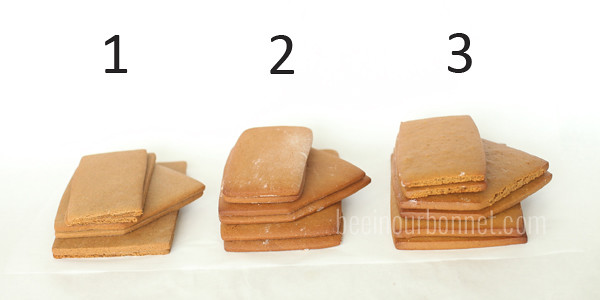 I took several side by side pictures so you can see the difference.  But there really is little difference in the way they look.  You can tell recipe #3 is a bit bigger because the dough spread (got bigger) when it baked.  Every recipe smelled wonderful!  The smell of gingerbread lingered in my house for as long as these houses decorated the house.  All of the recipes “worked” in that we made successful houses with them, but there were some differences to discuss. 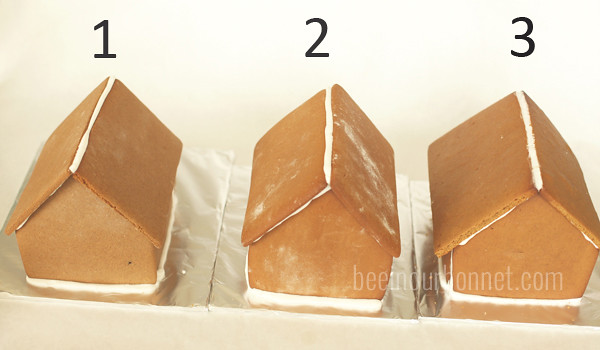 RECIPE #1 from foodnetwork.com- My Favorite
This recipe was my overall favorite and it was also the simplest!  Wahoo!  You see a rough edge here but that isn’t because I had to trim it, it’s because it was too close to the side of the pan.  I liked it because it baked up really flat with no bubbles and straight edges.  It baked up firm enough to hold well but wasn’t too hard to eat.  The very best part of this recipe though was that it was the easiest to work with and roll out.  The recipe made one house. 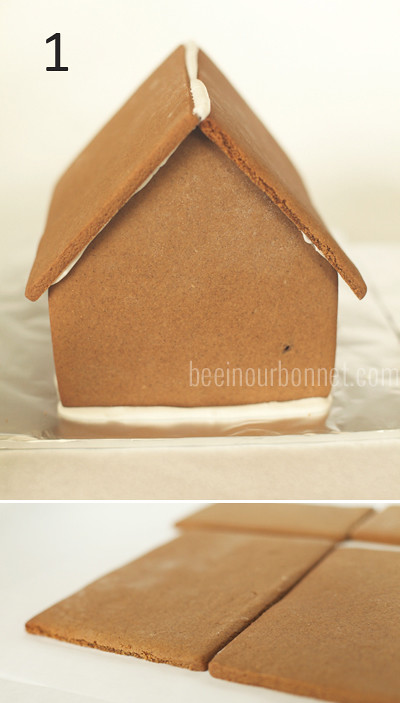 RECIPE #2 from about.com
The crazy thing about this recipe was that it called for a bake-time of 1 3/4 hours (at 275 degrees), when the others were about 15 minutes at 350 & 375 degrees.  Whaaa?  Huge difference!  I baked this one a little over an hour and it was looking almost burned on the edges so I took it out.  Even with a shorter bake time than it called for, it was hard as a rock.  Great for house sturdiness, but not for eating. The edges turned out more rounded on this one and it was too hard to trim, even right out of the oven.  It also ended up with a lot of small cracks throughout the house.  This recipe made 3 houses. 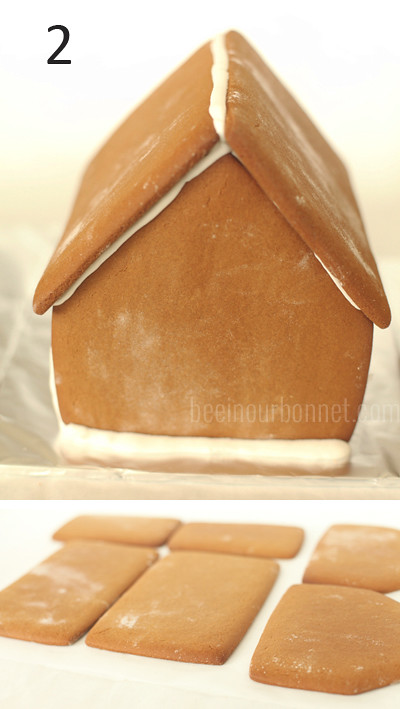 RECIPE #3 from all recipes.com
This was the house that lost it’s shape the most.  It spread so much that the edges weren’t very straight.  I trimmed several edges off with a knife as soon as it came out of the oven (and was still very soft).  It creates a bit of a rough edge but I think that is better than a house that doesn’t fit together because of wavy lines.  This recipe made a soft house, which is normally great for a cookie, but when you’re building a house, you feel like the roof could cave in at any minute.  Any pressure on it and it could’ve easily broke.  This is not good when you’re handing it over to a child to decorate.  Also, it was the hardest recipe to roll out because it was so sticky!  Even after being chilled.  This recipe made 3 houses. 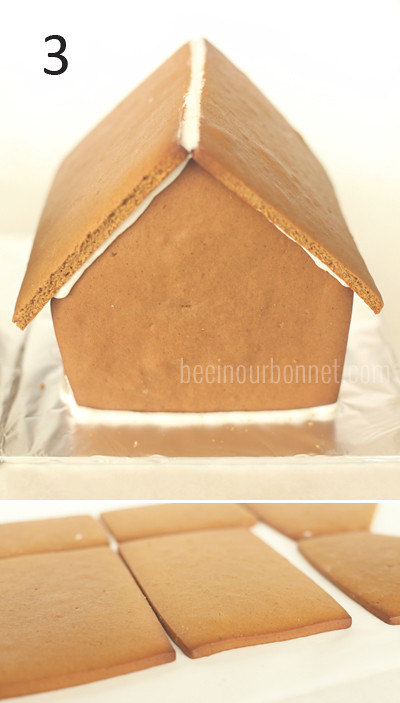 TASTE:  Each recipe made a fine looking gingerbread man but again, #2 was too hard to eat!  #3 edged out #1 on taste a bit, so if I was making cookies I’d make #3.  But because of it’s difficulty in house building, I’d vote for #1 when making a house. 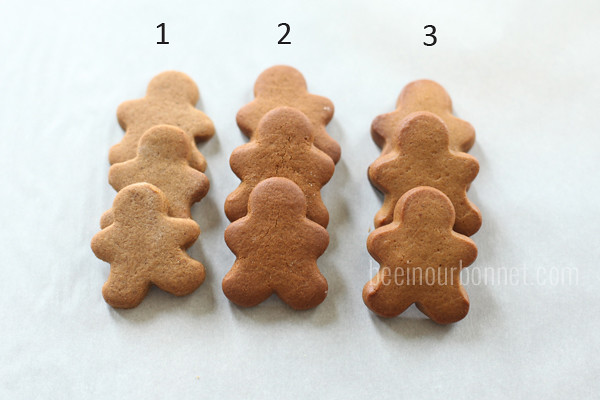 3/4 cup water
6 Tbsp. meringue powder
1 tsp. vanilla extract
2 lb. bag of powdered sugar
Start by mixing the water and meringue powder in my mixer until it is incorporated and slightly foamy.  Then I add the vanilla and mix for a second.  Then I add the whole bag of powdered sugar.  I mix on low until it is all incorporated.  Then on high for a few minutes.  It will become very stiff. I put it in a large icing bag for assembling the walls.

BUILDING TIPS:
*For the base, I cut up a piece of foam core and covered it with foil.  Easy and cheaper than buying cake bases at the cake store.
*If you want to make a fancy house, you can decorate the walls and the roof first, then glue them together and make finishing touches.  When I made my quatrefoil roof, I frosted before I glued it on.  If you are making them for kids to decorate, just assemble the whole thing and then let them go at it!
*Canned goods were my best friend when building these houses.  When setting up the walls, I propped up the walls on a can so I could use two hands on my icing bag.  Use a generous amount of icing. 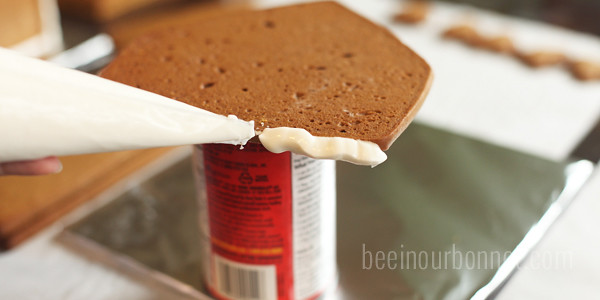 *After setting the wall down, I held it up with another can.  Every wall had a can. 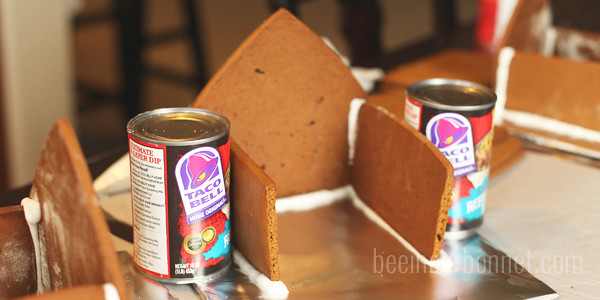 I let this dry over night.  You can’t put the roof on before it’s completely dry or it will be a frustrating experience.  After you get the roof on, it needs about 8 hours to dry completely before decorating.

*Total drying time is a full day so plan to decorate a full day or two after you start the process of making the dough. 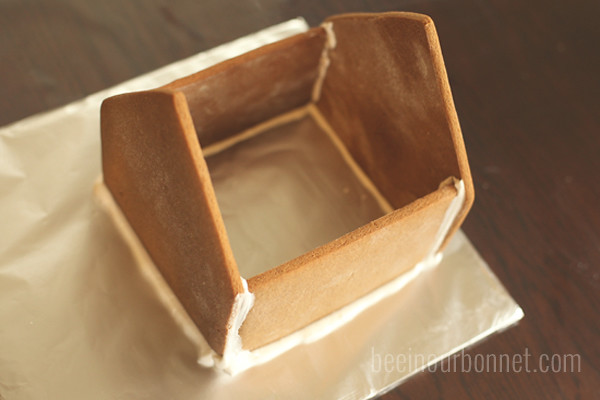 *Have your candy all ready to go!
*make little gingerbread men with your scraps.  They were fun to put out in from of the houses! 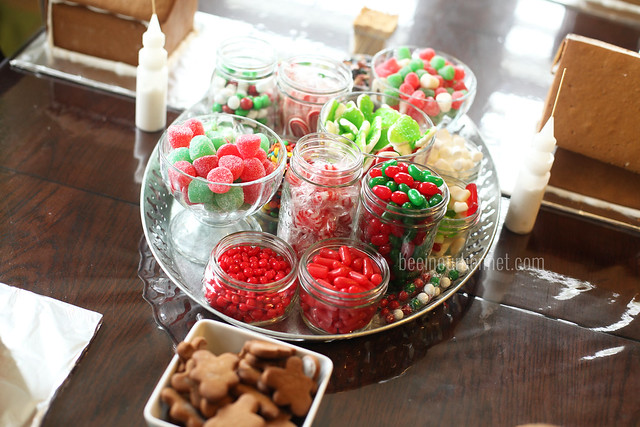 *Fine tip squeeze bottles make it easy for kids.  They aren’t too heavy and the fine tip makes detail easier.  I also had some bigger/broader tip bottles out too, but they used the fine tip ones the most. 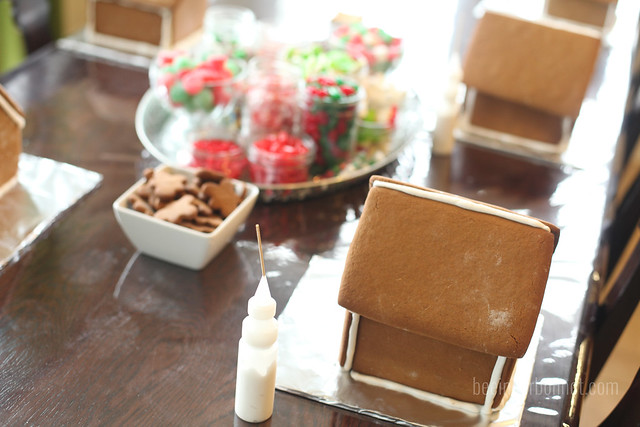 After all the prep was done, the kids got to sit down and have at it!  They worked and worked!  They kept coming back to them throughout the day to add more detail. 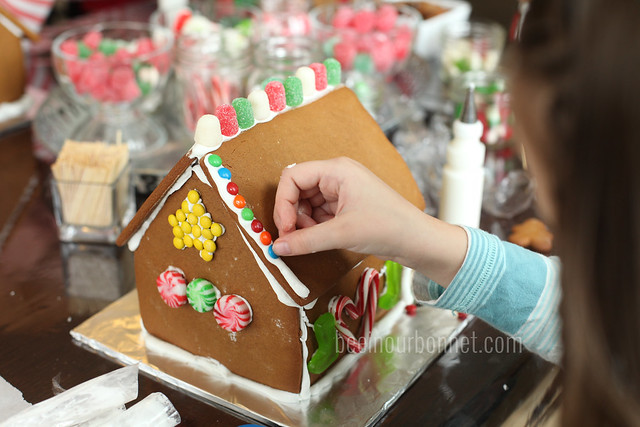 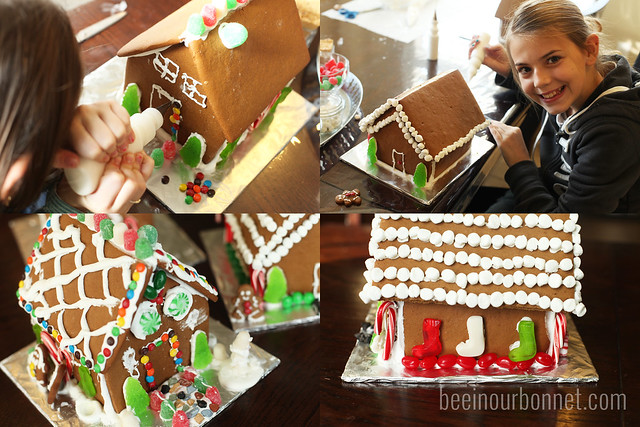 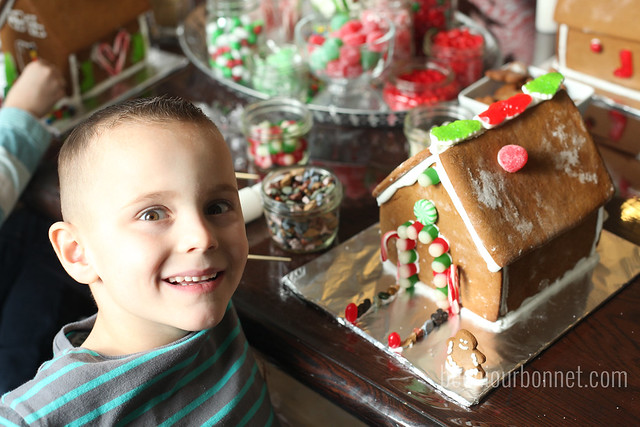 By the end of the day, the candy was already starting to disappear from his house house.  But don’t worry, I hadn’t cleaned up yet, so he added more. 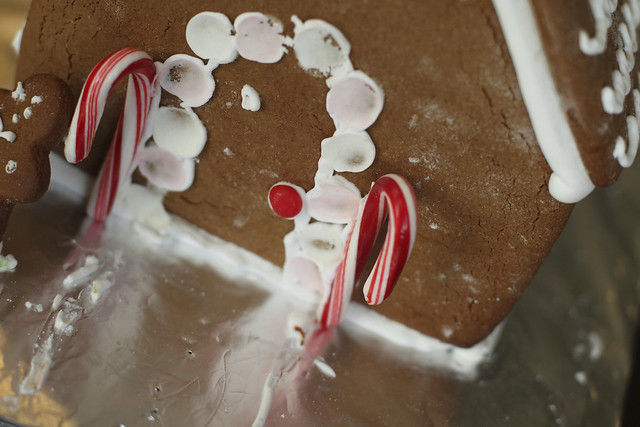 When the candy was gone, they started in on the walls!
This is when I wouldn’t want to have #2 because of the hardness of the gingerbread. 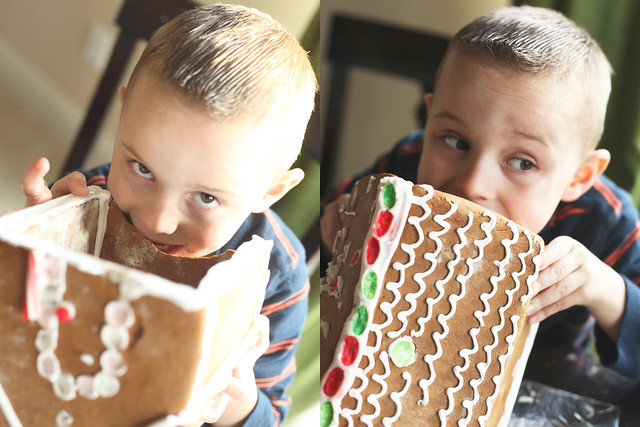 My experiments were so fun and I’m glad I found my favorite gingerbread recipe.
I hope my recipe reviews will be helpful to you in your future adventures in gingerbread!