I never know what to get my in-laws.
I usually put my husband in charge, who usually resorts to gift certificates.  Boring.

I want to share with you one of the few times we weren’t boring and we took part in giving this gift for my father-in-law’s 60th birthday. 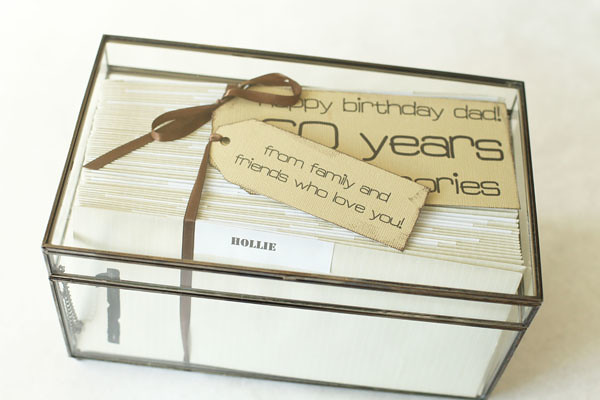 This idea was the genius of Holly on “nothing but bonfires” blog.  What an amazing post, right?

Well, my sister-in-law spotted this post and knew it would be the perfect gift for my father-in-law’s birthday.  She sent the word out to family and friends who wrote about their favorite memory with my father-in-law.  That was the hard part.  Everyone has the best intentions, but you have to nag a little when you’re working with a deadline.  The letters came pouring in and we even had to double up spouses in envelopes.  This is where my sister-in-laws turned it over to me.  They said, “make it look pretty!”

It’s hard to make “dude gifts” look pretty.  But I wanted it to be nice enough to display somewhere in their home.  I also wanted it to be simple because at the time I was doing this (13 months ago), I was also doing my all time record of 1,300 decorated sugar cookies at once.  Yes, I was severely sleep deprived and this just had to come together quickly.

I simply bought some neutral pinstripe-ish letter envelopes and stamped them 1-60 with an old set of making memories brand foam stamps. 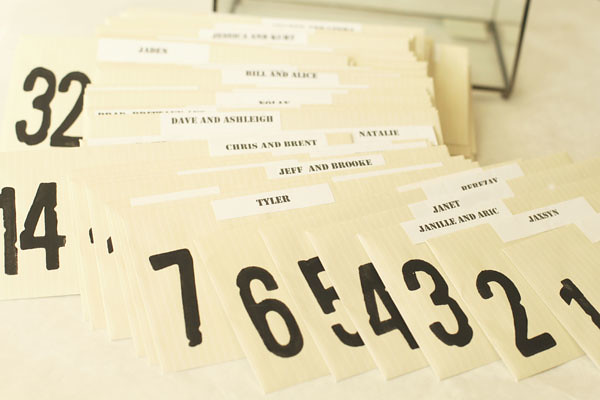 Then I printed the names, cut them up and folded them over the top to create a sort of tab on top of the letters.  That way he could easily sort though and find a specific person’s letter if he wanted to. 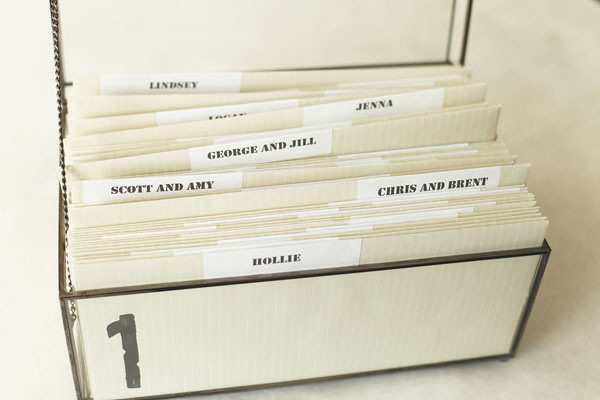 I made a simple tag and tied the letters in a bundle.

Then I found this beautiful glass keepsake box that was the perfect size.  I originally found it at Aaron Brothers but they no longer sell them there.  If you’re looking for something similar, I would try a store that does engraved gifts.  They might have something like this. 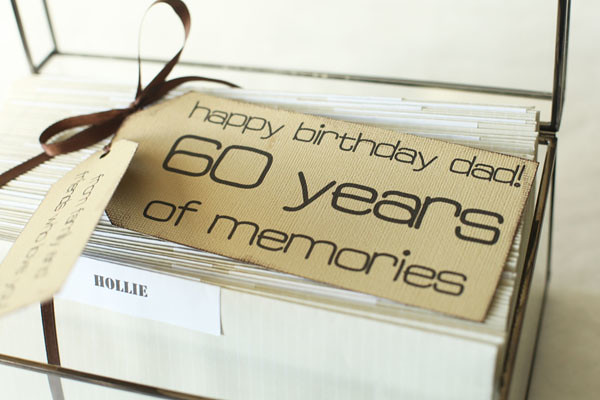 The gift was a hit to say the least!  He said that it was the best gift ever and meant the world to him.  My father-in-law is well-loved and it gave people an opportunity to express that.  When I read the letter my husband wrote his dad, I was bawling my eyes out and cracking up at all of their inside jokes.  My husband is so close with his dad and talks with him every day.  Yet, without this opportunity might not have taken the time to express his deep appreciation for him.  I know it felt good for me to tell him how much I love him too!

Gifts like this take a little bit of extra effort, but they are beyond worth it.   The glass box is a staple in their home and my father-in-law still talks about how much he loves it. 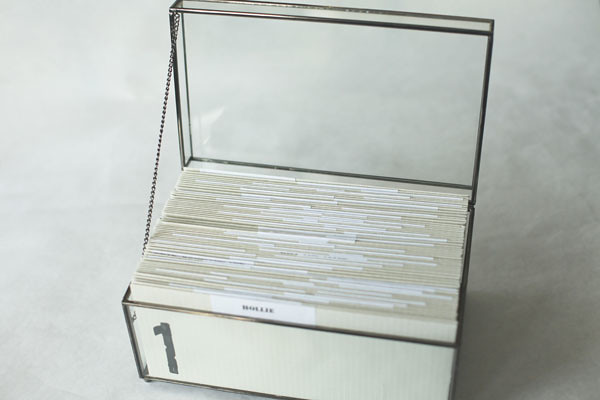 Thanks to you, we weren’t boring.  This time.