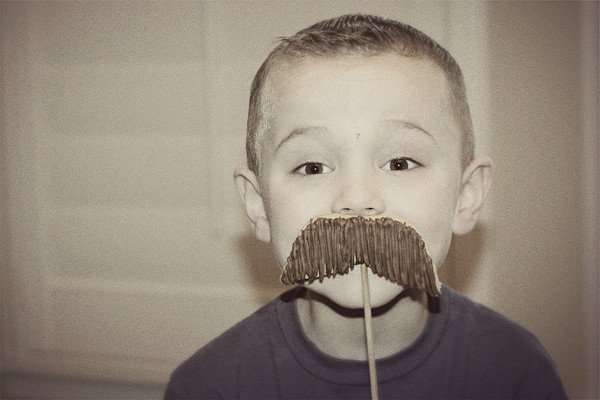 He looks good with a mustache. 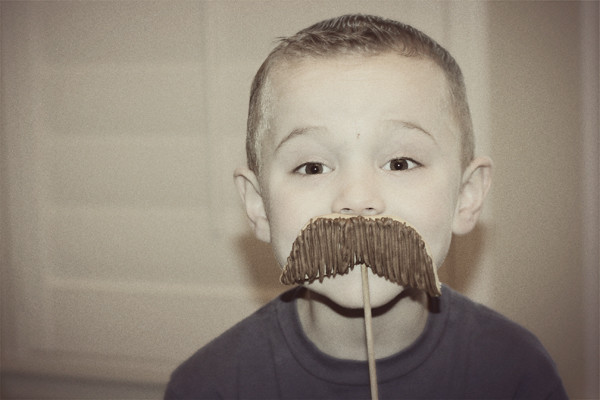 He’s ready to saddle up and ride into a western movie, with this look. 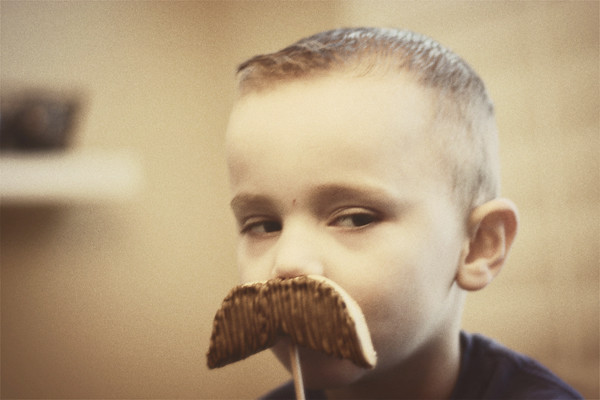 I tried making a hairy mustache by piping the individual hairs.  If I piped it all at once, the icing would meld together.  So I did some and let it dry for about 15 minutes in between layers. 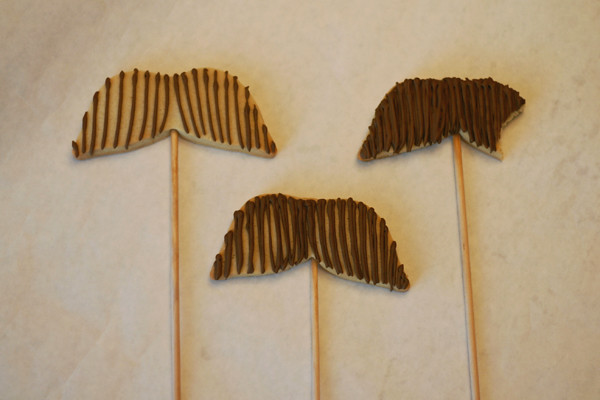 But that was taking too long and I was tired.  So I took the easy road and made some plain and simple ones.  I like them just as much. 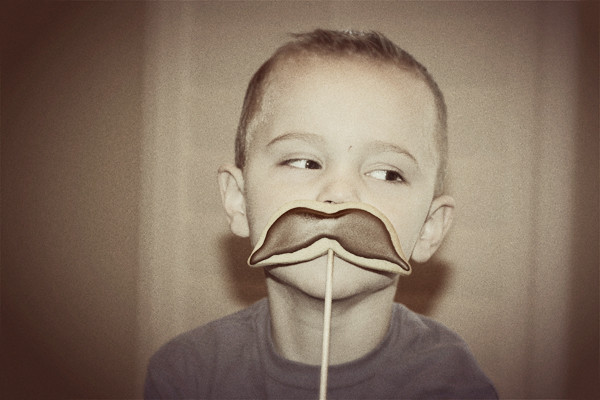 My son thought the mustache was pretty hilarious when he played with it in front of a mirror.  His favorite part was eating them, which he started to do before I was done taking pictures. 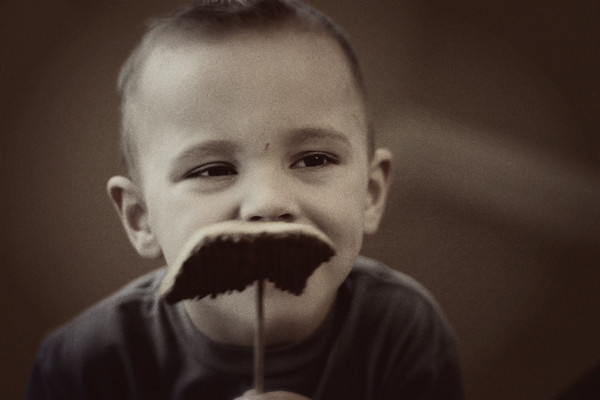 This was his “Valentine” that he handed out to his friends.  I intended to make a cute tag that said, “Love, your funny Valentine.”  But that didn’t get done.  Some days are just like that.  But I did get the cellophane and ribbon on them.  I’ll pat myself on the back for that.  Just imagine that cute tag, yes? 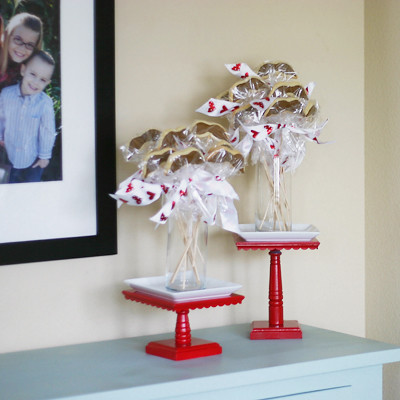 So now I have to think of Valentine ideas for my other 2 kids.  I’m off to scour blogland for some fabulous ideas.